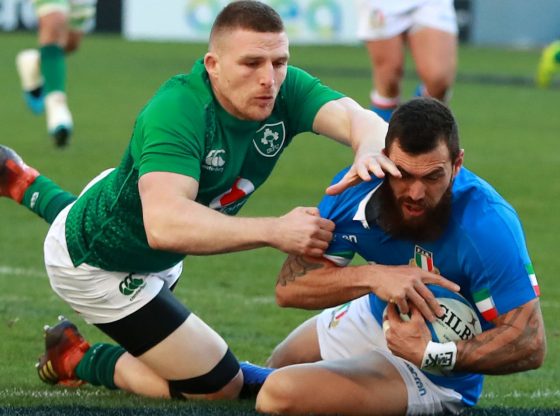 In the wake of Super Rugby being suspended, SA Rugby Magazine recaps how the coronavirus pandemic has impacted international and provincial rugby to date.

The final round of Six Nations matches have been postponed. The match between Wales and Scotland in Cardiff was set to go ahead as scheduled, but the Wales Rugby Union announced on Friday afternoon that they had decided to postpone the Test.

PRO14 organisers have taken the ‘unprecedented’ decision to suspend the tournament indefinitely. Resumption of the 2019-20 season will now become a matter of constant review. Due to the unprecedented action of the tournament, no end date to the suspension can be provided at this time.

Sanzaar announced on Saturday that Vodacom Super Rugby fixtures will be suspended for the foreseeable future.

New Zealand rugby has announced that all returning travellers to New Zealand will have to self-isolate for 14 days.

The Highlanders’s round 7 fixture against the Jaguares was called off due to concerns about virus spreading to the players. The match was declared a draw and both teams awarded two points.

This comes after the Argentinian government issued a directive that for the next 30 days there is to be no spectator presence at any sporting events due to Covid-19.

Rugby Australia had also announced that all Super Rugby matches based in Australia will be played behind closed doors from round eight onwards.

The two Asia-based Sevens Series tournaments in Hong Kong and Singapore have been postponed, with the Singapore Sevens now taking place on 10-11 October and the Hong Kong Sevens completing the series on 16-18 October.

The upcoming London and Paris Sevens tournaments, scheduled to take place at the end of May, are under doubt.

There is still no clarity over whether the Tokyo Olympic Games will be taking place as scheduled.

The upcoming Women’s Sevens Challenger Series in Stellenbosch has also been postponed. The series would have seen the Imbokodo go up against other nations for a place as a core team on the sevens circuit.

This includes the international series featuring the national U20 teams of Georgia and Argentina, as well as the team’s tour to the United Kingdom in May.

There has not been an announcement over whether the U20 World Championships in Italy will still be taking place.

The Top League was suspended for two weeks and was set to take place in the first weekend of March, before fixtures were again suspended for the rest of the month after a player was arrested for alleged cocaine use.

Premiership Rugby called off the Rugby Cup final between the Sale Sharks and Harlequins after a staff member from one of the clubs tested positive for the virus.

The Top 14 was suspended on Friday due to the coronavirus.

France has banned gatherings of more than 1,000 people in a bid to contain the spread of the virus.