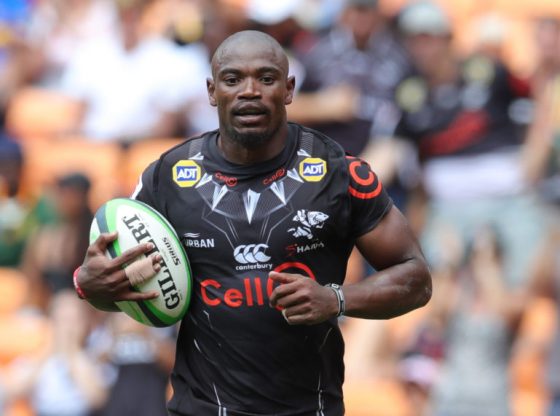 JON CARDINELLI, writing for SA Rugby looks at how the Sharks have punished opponents when making a lightning-quick transition from defence to attack.

Last week, captain Lukhanyo Am told me that the Sharks have set out to play with more balance in 2020. They’ve looked to involve their forwards as much as their backs whether they’re attacking or defending. They’ve attempted to make decisions and big plays at breakneck speed.

They’ve been particularly impressive when making the transition from defence to attack. After making the turnover, they’ve taken excellent decisions to ensure that the counter-attack continues upfield.

The support lines have been superb and the finishing – take a bow Makazole Mapimpi and company – has been first class.

The Sharks’ performance against the Rebels was their best to date with regard to transitioning from defence to attack. The Sharks scored two tries in the first half from defensive positions, and took a commanding lead into half time.

In the clip below, Aphelele Fassi claims a box kick on his own 10m line and then immediately looks to counter-attack. Curwin Bosch has read the run of the fullback well, and takes Fassi’s pass before making a few more metres.

The speed of the counter-attack catches the Rebels unawares. The other Sharks players, however, get into position quickly.

The cleanout is made and by the time Sanele Nohamba has his hands on the ball, the visitors have organised an attacking formation on the left-hand side of the field.

The Rebels rush the Sharks in an attempt to shut down the space. The kick is pushed through almost immediately – which again shows how well the Sharks have reacted and summed up the situation.

Sikhumbuzo Notshe has a lot of work to do in the clip below. The No 8 races towards the ball, gathers it and then delivers a pinpoint pass to Mapimpi. The wing is almost chased down, and one has to ask whether Mapimpi would have evaded the final defender if Notshe had taken any longer to throw that pass.

Any coach will tell you that the best time to attack the opposition is from turnover ball, or when their defence hasn’t had a chance to align.

What’s been remarkable about the Sharks is how quickly they’ve made the decision to counter-attack. As seen in the clip below, Thomas du Toit doesn’t hesitate after the Sharks win a lineout against the throw and the ball lands in his hands.

The big tighthead makes 30-odd metres before he is brought down near the tryline. What’s interesting to note – and again it highlights how well the Sharks are playing as a unit – is how quickly the support arrives. In the clip below, Tyler Paul is trying to keep up with Du Toit from the moment the No 3 breaks.

The Rebels’ cover defence shuts down Du Toit and it seems like two or three men have the opportunity to make a turnover. Crucially, Paul arrives to make the cleanout and give his side the chance to keep applying the pressure.

The decision is made to play a short ball to Ruben van Heerden. The lock takes the Sharks forward and also gives his team time to catch up and set up for a significant attack.

Because the short ball has been played to Van Heerden, though, the Rebels defence is caught in two minds. In the clip below, you can see Billy Meakes watching a pod of Sharks forwards – Notshe, Ox Nche and Kerron van Vuuren – coming round the corner for the next phase. Meakes can’t shoot out to help the men on his outside until the last second.

The ball flies to Bosch, who has a host of options now that his centres, right wing and fullback have had time to line up. The Rebels are short-handed, and Bosch throws a long pass to Madosh Tambwe for the finish.

There have been other instances this season where the Sharks have turned defence into attack. While they went down to the Hurricanes in Wellington, they certainly made an impression in the move that culminated in the try for Tambwe.

As seen in the clip below, the Hurricanes have a lineout deep in Sharks territory. All the momentum is with the home side until a flat pass is read by Am and the Sharks burst away in the opposite direction.

Tambwe’s speed off the mark is the key. Am is eventually chased down, and his pass to the supporting player isn’t great. Because Tambwe has followed so closely, however, he has time to collect the pass on the bounce and avoid the retreating Hurricanes defenders.

In the clip below, the Highlanders appear to be in a strong position as the ball-carrier makes inroads into the Sharks defence. The ball is ripped away, though, and Notshe sets off immediately. Tambwe follows closely, while Mapimpi – who comes into the picture a bit later – takes a different angle.

Notshe takes on the defender and draws another before throwing the offload. Tambwe races round the collision, and crucially sees Mapimpi flying up on the inside.

The wing steps back inside as two defenders converge. He times his pass to perfection, and Mapimpi has a clear run-in to the the tryline.

The Sharks lost to the Stormers in the preseason fixture at Soccer City. There was a moment, however, where they showed their intent to up the tempo and catch the opposition unawares.

The Stormers have a scrum deep in Sharks territory. When the penalty is awarded to the Sharks, Louis Schreuder taps quickly and races forward.

Schreuder finds Am with a long spiralling pass. The Sharks skipper has already summed up the situation, and opts to chip the ball over the retreating defenders.

Mapimpi – hanging out on the wing – has either called for the kick or anticipated it. The ball bounces up but it is Mapimpi rather than the Stormers defenders who wins the race to collect it.

From there, the Bok wing shows exceptional pace and awareness to get the ball down before he is forced into touch.