My first betting weekend of the new year saw a venture into new territory as we chatted Connor McGregor vs Cowboy and I found myself wrapped up in the excitement of the Irishman’s return, as well as the Liverpool V Man United derby.

Excitement around sport naturally breeds information, and three days into the week I fancied myself perhaps not an MMA expert, but a Connor McGregor and Donald Cerrone expert. After researching the respective MMA histories of the fighters, their comparative stats and their individual statistics, I felt comfortable in my bet that the fight would not go further than one and a half rounds, with McGregor to see the Cowboy off in knockout fashion.

This was my call on the Wednesday but come Saturday afternoon, the odds for combining those two outcomes didn’t give quite the reward that the risk of a multi bet deserves. I decided to keep it safe with McGregor at 1.48 to win the match by KO/TKO or DQ. My R500 returned R240 and it was pleasing to see the depth of research in the week pay off. While I schooled myself a bit on the sport of MMA and the careers of the fighters, I was also introduced to how lucrative MMA betting can be. I’m looking forward to getting more involved in the sport this coming year.

Come the end of 2019 I was vocal in wanting to involve and educate myself more in the soccer world. No better way to start than with the Man United versus Liverpool derby, especially when considering the incredible run of the latter and the disappointing form of the former. Again, myself and the MoneyMan were thorough in our research and the general consensus was that there would be at least two goals for Liverpool as well as a win. I opted to push it further, thinking Man United, having netted against Liverpool this season and coming of a 4-0 win against Norwich, would at least bag one point, and I built a bet on Sportingbet that Liverpool would win and over 2.5 goals would be scored. Liverpool ultimately fulfilled our prediction of two goals but United were unable to capitalise and I said goodbye to R500 while MoneyMan cashed in big with 4/4 correct predictions surrounding the game.

In other bets, I didn’t expect Leicester to get rolled by Burnley, losing R100, but called Leipzig to beat Union Berlin, with over 2.5 goals in the match, winning R195 back from R300.

Unfortunately, the weekend ended with a net loss of R165, but I was happy with the process that went into placing the bets, and didn’t come away feeling any of the bets placed were necessarily the wrong ones to have placed. 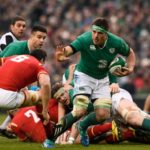 Predict and WIN a Bok jersey 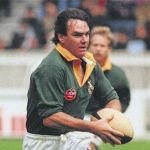 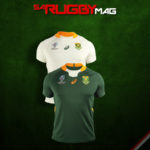 Japan vs Boks: Predict and Win! 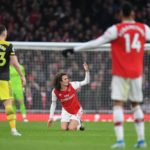