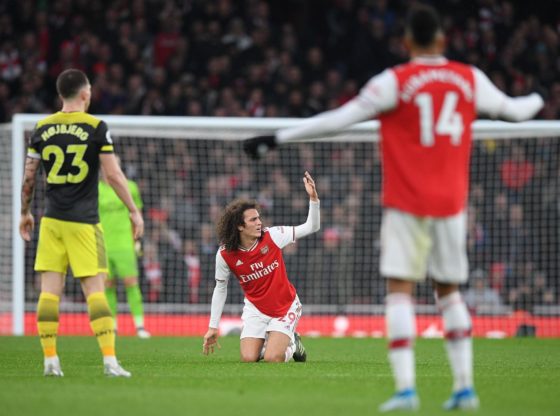 After the high of the Rugby World Cup, I’ve turned my attention to the unknown, in soccer, and have begun trying to educate myself about the sport and the intricacies of betting on it.

I sat down with sports journalist Gary Lemke, a leader in Soccer’s global SuperBru, to get an idea of the sort of statistics I should be looking at, with specific regard to the English Premier League. We chatted for about an hour and he gave me a breakdown of a form guide, which would help identify teams’ trends thus far this year in terms of consecutive wins, draws and losses, along with the most common scores of the season and other factors like weather and times of day.

I decided to bet on only five games, and having assessed the form guide and bearing in mind that this past weekend marked a return from the international break, I put 50 rand down on five draws; Liverpool vs Crystal Palace, as I thought if there was one time so far in the season that Liverpool were vulnerable to dropping their winning streak, it would have been this past weekend. Man City vs Chelsea was another one that I expected to come off as a draw considering the quality of both sides and the belief that Chelsea would drop their winning streak as Man City would be looking to bounce back from the previous weekend’s loss, but that both sides would cancel each other out. The thinking behind my Tottenham vs West Ham call was that although there would be a probable resurgence from Spurs post the Mourinho appointment, I didn’t think that a win was on the cards, and again that the teams, who had both been having managerial issues, would level out at a draw. Norwhich vs Everton, was a call based on the fact that Everton had not yet won two consecutive games this season, but I didn’t believe that Norwich, bottom of the table, would record a win. Luckiliy, Arsenal and Southampton went as planned, and their draw returned me the 200 rand that I lost on the other four games.

Looking back at the weekend, I still feel that the thinking behind my calls was sound, but I could have addressed a few other factors. For instance, the most common score this year has been 2-1, and so it may have been wiser to call an under 3.5 goals bet on the games that had heavy favorites (i.e Liverpool v Crystal Palace), but that I believed could have ended not as expected. What I was shown again this weekend, is that it is important to look past the ease of simply picking an outright bet, but rather looking for value elsewhere on games that you feel could go a certain way.

And so my first weekend in soccer wasn’t financially fruitful, however it was a great learning experience. The same approach, with a bit more detail will be taken for this coming week and weekend.

MoneyBoy thoughts: The next step
MoneyMan Thoughts: 7/7, the perfect weekend