Back Jaguares in Buenos Aires 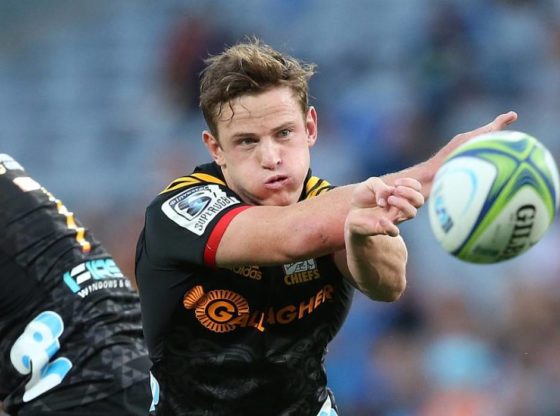 Moneyman, in his weekly Independent Media Super Rugby column, is putting down R2000 to win Back R4400 that the Chiefs will defeat the Jaguares in Buenos Aires.

The Stormers continued to be my nemesis until the last minute of their Super Rugby campaign. I picked them to beat the Sharks and they lost the match in injury time. It also meant there was no full house of picks last weekend. I had to settle for five from six.

There isn’t much that excites me from this weekend’s play-off odds and there isn’t a lot to be made from the play-offs, given the spreads.

The only match I believe worth having a punt on is in Buenos Aires where the Jaguares host the Chiefs. The bookies have the Jaguares as favourites but I am putting R2000 on the Chiefs for an outright win to get back R4400.

The Jaguares have been very impressive this season and have won nine of their last 10 matches. The Chiefs, however, did beat them in Buenos Aires earlier in the tournament. Everything favours the Jaguares. The Chiefs have travelled a long way to play this quarter-final but they showed excellent form in coming from 20-nil down to beat the Crusaders 40-27 in Suva, Fiji.

They also smashed the Rebels in Melbourne. Sam Cane’s return has inspired the Chiefs and while I can understand the bookies making the Jaguares favourites, my gut feel is the Chiefs will win.

I can’t see the Crusaders stumbling at home to the Highlanders. The derby element may make for a more competitive contest but I have this match to be consistent with the league encounter when the Crusaders won comfortably. My Superbru pick is for a 15-point Crusaders win.

I am staying clear of the Sharks and Bulls, although I think the bookies have been too generous in their 13.5 plus points spread for the Bulls visit to Wellington. I have the Hurricanes to win but not by 14 points or more.

In my weekly MoneyMan video chat with Independent Media’s Head of Sport Mark Keohane and former Springbok James Dalton they both agreed that the Bulls challenge was a serious one, with Dalton picking a Bulls win.

Keohane also picked a Sharks win against the Brumbies, but I don’t think they have a chance in Canberra. The Brumbies are the understated team of the competition and have been very good in Canberra. No team has won there this season and the Sharks won’t be the first.

* Kevin Ferguson is the chief executive of Highbury Media and a leading sports betting authority. Follow him on www.moneymansa.co.za