Siya Kolisi says that the Stormers will be going all out to beat the Highlanders and keep their playoff hopes alive. JON CARDINELLI reports.

The Stormers need to fire in their remaining four matches if they are going to qualify for the quarter-finals. While they secured a morale-boosting draw with the Crusaders last Saturday, they are still at the bottom of the South African conference log.

The Cape side will face the Highlanders at Newlands this Saturday. Thereafter, they will face the Lions, Sunwolves and Sharks. They have to win at least three of those games, and possibly bank a couple of bonus-points, to improve their playoff chances.

Some have criticised Kolisi’s decision to take the penalty – and ultimately the draw – at the end of the recent clash with the Crusaders. The Stormers finished the game with two log points, but they may have had four if Kolisi opted to kick for touch and the hosts scored from the ensuing lineout.

On the other hand, claiming two log points from a match with the reigning champions isn’t a bad effort.

On Thursday, Kolisi said that Stormers would be looking to accumulate as many points as possible in the next four rounds. As things stand, they are six points behind the table-topping Vodacom Bulls.

‘Our mindset is “every game is more important than the last”. We can’t worry about what’s happening in the other games [involving other teams in the South African conference]. We have to look at claiming every point on offer and taking charge of our own destiny.

‘We do want bonus-points,’ Kolisi added. ‘I think people saw that when we played the Bulls a few weeks ago. We kept the ball alive at the death instead of kicking it dead, because we wanted the bonus point.’

The Stormers captain tempered the talk of extras by highlighting the need to secure the win, though.

‘There is pressure on us, but it is pressure that we put on ourselves. We said in the change room after the Crusaders game, “we want to build on this”. We can’t be hot one week and then off our game the next. We have to get the mindset right this week.’

Coach Robbie Fleck said that he will continue to pick the strongest available side for the remainder of the conference-stage campaign.

‘We need to keep building,’ said Fleck. ‘It will help when we get one or two back from injuries in the coming week. We’re still in the race.’

Springbok hooker Bongi Mbonambi looks set to miss the next two matches due to a thigh strain. Salmaan Moerat, JD Schickerling and Juarno Augustus won’t be back for the Stormers this season.

The good news is that Ernst van Rhyn, Jano Vermaak and Chris van Zyl will rejoin the ranks in the coming weeks. 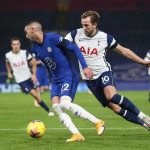 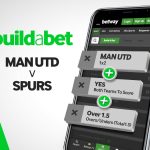 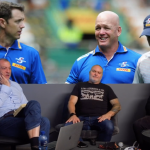 Back the Stormers at Newlands 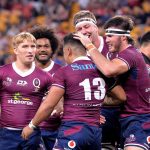