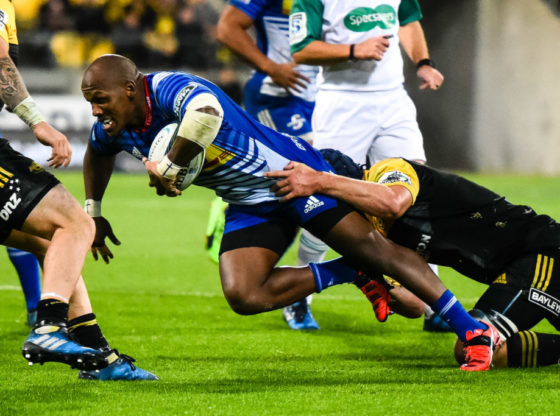 JON CARDINELLI looks ahead to the first four Vodacom Super Rugby matches in round six, including the clashes involving the Stormers and Lions.

BLUES vs HIGHLANDERS, Auckland (Friday 8:35am)

Neither of these teams have impressed during the early stages of the tournament. Both will head into the clash at Eden Park short on confidence and momentum, having sat out the last round.

The Blues have lost three of their first four matches. They managed to beat the Sunwolves in round four, but were denied an opportunity to build on that showing when their bye arrived in round five.

The Highlanders haven’t won a match since sneaking a victory against the Reds in round two. Their last fixture against the Crusaders was cancelled due to the terrorist attacks in Christchurch.

The move away from a pragmatic approach – a game plan that won them the title in 2015 – has not paid dividends. According to Opta, the Highlanders are averaging fewer tackles than any other team in this year’s tournament and are ranked 14th for tackle success rate (83%). They’re currently as low as 13th on the ladder for kicks from hand.

The Highlanders should be too strong for a battling Blues side, though. Leon MacDonald’s team has struggled at the set pieces and collisions this year. Sonny Bill Williams will miss the coming fixture, but it won’t matter who is wearing the No 12 jersey if the Blues forwards don’t front up.

– The Highlanders have won six of their last seven games against the Blues, including their last four.

– The Blues are winless in their last 20 games against New Zealand opposition (drawn one, lost 19). Their last derby win came in 2016 against the Highlanders.

– The Highlanders have won just two of their last nine games away from home against fellow New Zealand opposition, trailing at half-time in eight of those nine fixtures.

– Blues wing Rieko Ioane has scored seven tries in his last four games on home turf, as well as providing three try assists in that span.

– Highlanders flank Shannon Frizell scored a hat-trick of tries in his only previous game against the Blues, and has scored four tries in his last three games overall.

HURRICANES vs STORMERS, Wellington (Saturday 8:35am)

The Stormers have lost their last 10 games in New Zealand. Overall, they have not travelled well in recent years and it’s fair to say that they will head to the Cake Tin as underdogs.

As was the case in 2018, it’s taken some time for the Hurricanes to get going in the early stages of the tournament. They’ve blown hot and cold, and should still be hurting after recording a disappointing draw with the Chiefs last week.

They might be targeting this fixture as an opportunity to make a statement. The Hurricanes have lived up to their reputation as a dangerous attacking unit, with players like Dane Coles, Beauden Barrett and Ngani Laumape tearing opposition defences to shreds.

Coles, Laumape and TJ Perenara won’t feature this week, however, due to New Zealand Rugby’s resting policy. And yet the Hurricanes back division still boasts a threatening look. Jordie Barrett will be looking to make an impact from the No 12 position.

The Stormers have bounced back since their 40-3 loss to the Bulls in round one. The three wins achieved against the Lions, Sharks and Jaguares have been built on solid defence. At present, the Stormers boast the best tackle-success rate of any team in the competition.

One gets the feeling that the Cape side will face a different challenge this week, though. The Hurricanes will ask more questions of that defence than the Bulls, Lions, Sharks and Jaguares did in previous rounds.

The Hurricanes have battled at the set pieces, and the Stormers would do well to target the Kiwis in those areas on Saturday. No team has fared worse at the lineouts than John Plumtree’s team.

The Stormers have had their own problems at this set piece. They go into this fixture with a world-class lineout exponent in Pieter-Steph du Toit, as well as a special talent in JD Schickerling – who may start if Eben Etzebeth fails a late fitness test. If the Stormers do manage to disrupt the Hurricanes up front, they will limit the impact of the Barrett brothers and others like Ben Lam in the back division.

– The Hurricanes have won their last two games against the Stormers after having won just one of their seven meetings prior.

– The Hurricanes have won 24 of their last 25 games on home soil, including their last 12 on the bounce; they’ve not lost at home to a South African side since April 2013 (Stormers).

– The Stormers have lost their last eight consecutive Super Rugby games outside South Africa, conceding an average of 40 points per game in that run.

– Hurricanes wing Wes Goosen has made an average gain of 11.5m per carry this season, the highest of any player to have made at least 10 carries.

WARATAHS vs CRUSADERS, Sydney (Saturday 10:45am)

The pressure is on this star-studded Waratahs side to deliver. They’ve lost two of their last four matches, and looked far from convincing in the wins against the Sunwolves and Reds.

Few, if any, will be expecting an upset in Sydney this Saturday, though. The Crusaders, despite the absence of so many frontline players, have dominated opponents in the early rounds. They’ve had a week off – due to the tragic events in Christchurch – and may come into this fixture with emotional energy to burn.

They will be without a couple more All Blacks this weekend. Flyhalf Richie Mo’unga and lock Scott Barrett – who were both down to face the Highlanders last week – have been given time off as per the agreement with New Zealand Rugby.

The Crusaders’ attacking stats make for impressive reading. The tournament log leaders have scored the most tries and points to date – even though they’ve only competed in four games.

The set piece has long been a strength of the Cantabrians. They’ve harnessed their power at the scrum, lineout and maul to telling effect in the first four matches.

Only the Brumbies (14) have scored more tries from first phase than the Crusaders (13) in 2019. Again, one needs to remember that the Crusaders have played one game fewer following the cancellation of last week’s game in Dunedin.

The Crusaders haven’t been at their clinical best. They’ve lapsed at times and their second-half stats aren’t as good as those of the first half.

If they get off to a good start in Sydney this Saturday, however, you’d expect them to secure a comfortable win.

– The Crusaders have won 14 of their last 16 games against the Waratahs.

– The Waratahs have won just one of their last 12 regular-season games against New Zealand opposition.

– The Crusaders have won their last 15 games on the bounce against Australian opposition. Their last defeat in such a fixture came in 2015 in round 15, against the Waratahs.

– The Crusaders have made an average of 15 clean breaks per game, more than any other team in the competition and four more per game than the Waratahs.

– Waratahs back Israel Folau remains one try shy of equalling Doug Howlett (59) as the most prolific try scorer in Super Rugby history. He’s managed to score only once in six previous games against the Crusaders.

Will the news that the Sunwolves will be surplus to Super Rugby requirements in 2021 hamper the franchise’s performances in the short term? We will find out this Saturday when they host the Lions in Singapore.

The Sunwolves have mixed the magic with the mediocre in 2019. Last week they led the Reds 21-5 at half-time. Poor discipline in the second stanza, however, cost them the game.

They should be looking to prove a point against the Lions this Saturday. And in another sense, a win against the Lions – who have qualified for the last three Super Rugby finals – may serve as a statement regarding their place in the tournament.

The Lions are unlikely to take the Sunwolves lightly, though. They’ve lost a number of key players since last year, and a few more to injuries in the early stages of the 2019 tournament. While they’ve picked up some important wins against the Jaguares and Rebels in recent weeks, they haven’t lived up to their own high standards.

They should be striving for a solid set-piece performance in Singapore this Saturday. They may have noticed how the Sunwolves struggled at the scrums against the Reds, and may have identified how to keep the Japanese franchise on the back foot.

The Lions rank in the top five for tries and points. If their forwards fire, the backs will have the opportunity to run at one of the worst defensive lines in the competition.

The Sunwolves have shown an appetite for defensive work. They currently average 148 tackles per game, more than any other team.

They rank as low as 13th, though, for tackle success rate (83%). They’ve conceded the most tries from first phase (12) – a stat that points to their weakness at the scrums and lineouts. They’re also the second-most penalised team in the competition.

If the Lions put the Sunwolves under pressure early on, they may well go on to claim a convincing victory.

– This will be the fourth meeting between the Lions and Sunwolves, the Lions emerging victorious in all previous meetings, including a 94-7 triumph in July 2017 – the second-biggest win of any team in Super Rugby history.

– The Sunwolves have led at half-time in three of their last four fixtures; however, they’ve gone on to win only once in that time.

– The Lions have won one of their last five games played outside South Africa; however, that victory came in their most recent such match, and they will be looking for back-to-back wins in such fixtures for the first time since May 2017.

– The Lions have scored five tries in 2019 after forcing a turnover, the equal most of any team in the competition alongside the Hurricanes.

– Sunwolves flyhalf Hayden Parker has been successful with 62 of his last 63 kicks at goal in Super Rugby, including each of his last 24 consecutive attempts.