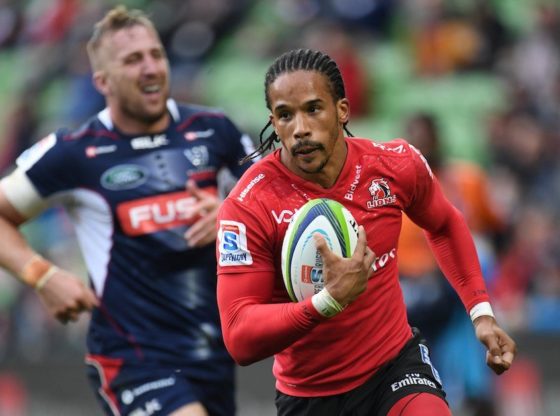 CRAIG LEWIS looks ahead to the final three Vodacom Super Rugby matches in round five, including the battle between the Lions and Rebels in Johannesburg.

This is not a match that’s likely to attract too much attention in round five, with both the Sunwolves and Reds hovering towards the bottom of the overall standings.

After the Sunwolves clinched a historic first-ever win away from the home against the Chiefs, they were brought back down to earth to some degree when they were outplayed by the Blues last weekend.

However, the Japan-based side should view this Saturday’s clash in Tokyo as a prime opportunity to bag a second win of the season. The Reds have been competitive in patches, but have ultimately slipped to three successive defeats.

The Australian outfit will know the dangers that the Sunwolves pose with ball in hand, and if they are to leave Tokyo with a win, then a physical, direct and disciplined performance will be required.

Considering that the Reds have lost their last eight games in a row away from home in Super Rugby, this is one of the few games where the Sunwolves should be regarded as marginal favourites.

o This will be the fourth Super Rugby meeting between the Sunwolves and the Reds, with each of the previous three won by the home team on the day.

o The Reds have lost their last eight games in a row away fro m home in Super Rugby, conceding an average of 39 points per game in that period.

o The Sunwolves’ 100% goal-kicking success rate continues for a fourth round. They remain the only team with a flawless record in front of the uprights (18/18).

o Reds’ Harry Hockins won eight lineouts in round four, more than any other player (excluding steals). The last time any Reds player won more in a single Super Rugby game was in June 2015 (Jake Schatz – 9).

HIGHLANDERS vs CRUSADERS, Dunedin (Saturday, 8:35am)

Who can stop the Crusaders? Even just four rounds into the competition, this is already a valid question, with the defending champs having cruised to four successive wins without even really hitting top gear.

Yet, this may well prove to be one of the Crusaders’ greater challenges at the start of the season, with the Highlanders having shown glimpses of their capabilities, and currently sit in sixth place on the log.

The Crusaders are now on a stunning 19-match winning streak, and already this season they have begun to flex their muscles, as reflected by the fact that they are ranked in the top two for carries, metres made, clean breaks, offloads and tackle success percentage.

If the Highlanders are to have a chance of causing an upset on Saturday, they need to find the means to deprive the Saders of possession and at least achieve parity up front, while young flyhalf Josh Ioane has to dictate proceedings with greater authority.

However, the Crusaders welcome veteran All Blacks Owen Franks and Sam Whitelock into the starting lineup, and will be confident of clinching a fifth successive win.

o The Crusaders have won 10 of their last 13 games against the Highlanders in Super Rugby, including a 45-22 win in their last meeting.

o The Highlanders have won 14 of their last 15 Super Rugby games at home (lost one), including wins over Australian opposition in their last two despite conceding more than 30 points each time.

o The Crusaders have won their last 19 games on the bounce, restricting their opposition to single figures in the first half of their last eight games.

o The Crusaders have won their last eight Super Rugby games away from home. However, their last defeat on the road came in round five, 2018 against the Highlanders at Forsyth Barr Stadium.

The Lions rediscovered their attacking mojo as they claimed a 47-39 win over the Rebels last Saturday, but a youthful side would have been disappointed by the manner in which they conceded four late tries to lose out on a try-scoring bonus point.

Nevertheless, coach Swys de Bruin told SARugbymag.co.za that he was confident to continue backing the talented young players at his disposal, which has been reflected in his selection of exciting Tyrone Green at fullback, while the impressive Wandisile Simelane and Vincent Tshituka continue in the starting lineup.

It hasn’t escaped the attention of the Lions that they will be coming up against one of the most organised teams in the competition. Although the Rebels haven’t set the scene alight with ball-in-hand, they do boast a solid set piece and strong kicking game, while the halfback pairing of Will Genia and Quade Cooper are running the show with aplomb.

It’s with this in mind that the Lions have set their sights on ensuring that they produce a physical, disciplined and confrontational performance to cut down the space and time for the likes of Genia, Cooper, Reece Hodge and Dane Haylett-Petty to dictate proceedings.

In addition, the Lions have placed a spotlight on improving their maul defence after meekly conceding three tries from lineout drives last weekend. It’s an area that the Rebels may well look to target on Saturday.

With both the Bulls and Sharks enjoying byes this weekend, the Lions will undoubtedly view this as a must-win match in order to make up more ground in what looks set to be a highly-competitive South African conference.

o This will be the fifth Super Rugby match between the Lions and Rebels, with the Johannesburg team prevailing in each of their four prior meetings.

o The Lions have won their last four Super Rugby games at home against teams visiting from outside South Africa, scoring 40 points or more on each occasion in that span.

o The Rebels have won their last three Super Rugby games on the bounce heading into this fixture; a fourth consecutive win would set a club record.

o The Rebels have allowed just four offloads per game this season, fewer than any other team in Super Rugby 2019.

o Elton Jantjies (Lions), Quade Cooper (Rebels) and Will Genia (Rebels) have each made four try assists this season, more than any other player in the competition

Super Rugby preview (Round 5, Part 1)
WATCH: Bet on Rebels not to lose by eight-plus