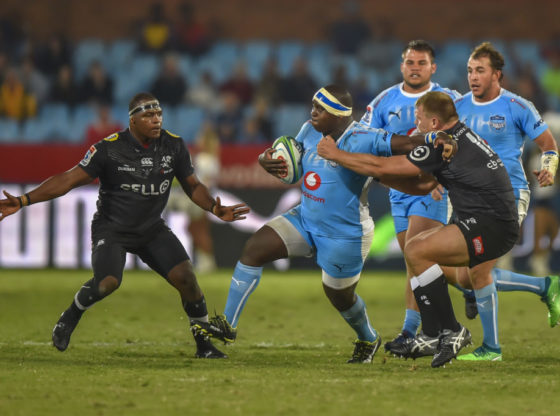 JON CARDINELLI looks ahead to the last three Vodacom Super Rugby matches in round four, including the derby in Pretoria and the Lions’ battle against the Jaguares in Johannesburg.

The Waratahs hold all the cards going into this big Australian derby. While they’ve failed to impress during the early rounds of the 2019 tournament – losing narrowly to the Hurricanes and beating the Sunwolves by a single point – they have a psychological advantage over the men from Queensland.

The Waratahs have won their last nine games against the Reds. The latter side has struggled away from home in recent times, and is no shape to break its long losing streak.

The Waratahs won’t want for firepower out wide. Coach Daryl Gibson has opted to move Kurtley Beale to fullback and Israel Folau to the wing. Adam Ashley-Cooper will start at No 13 and Karmichael Hunt at 12.

Folau needs two more tries to eclipse Doug Howlett’s Super Rugby record of 59. The versatile back has scored four tries in his last three games against the Reds.

The Waratahs are coming off a bye and should be determined to prove a point after that poor showing against the Sunwolves in round two. The Reds lost by 10 points to the Crusaders last week, but will be up for a scrap against their arch-rivals.

The Lions have never lost to the Jaguares at Ellis Park. They ticked a box when they beat the Argentinians in Buenos Aires for the first time in round one. In another situation, the Lions would come into this match as favourites.

And yet the Lions are under pressure. They showed poor composure during the latter stages of their battle with the Stormers at Newlands, and were physically and tactically outplayed when they met the Bulls at Loftus Versfeld. They can’t afford to lose a third consecutive match at this stage of the season.

The Lions have to make a statement up front. In past seasons, we’ve come to expect dominant performances by the men in red and white at the scrums and lineouts. This year, however, the Lions have blown hot and cold in these departments. The absence of a solid platform has compromised their tactical approach and overall attack.

Their defence, so good in that first match against the Jaguares in round one, has faltered in recent weeks. They also battled to combat the Bulls’ kicking tactics in round three, and their wingers were beaten to the high ball regularly.

The Jaguares have what it takes to disrupt the Lions’ lineout. While they appear to be missing Pumas No 10 Nicolás Sánchez – who is now at Stade Français – their drive to win territory via the tactical boot remains. After three rounds, the Jaguares rank second in the tournament for kicks from hand.

Swys de Bruin has made a host of changes in the wake of the big loss to the Bulls. Despite the poor start to the season, and despite the importance of banking wins at home in a tournament like Super Rugby, the coach has opted to throw youngsters like Wandisile Simelane, Ruan Vermaak, Vincent Tshituka, Nathan McBeth, James Venter and Tyrone Green into the deep end. It will be interesting to see how those rookies cope against quality international opposition.

The Lions don’t have the back row to take on the Jaguares in an all-out brawl at the breakdowns and collisions. If their set piece fires, though, the Lions speedy loose forwards and potent outside backs may come into the contest.

The winner of this clash will assume the tag of favourites for the South African conference title. Both sides have played well in patches over the past three rounds. The match at Loftus on Saturday will provide some answers regarding the championship qualities of these teams.

The Bulls were outplayed in the game against the Jaguares in Buenos Aires. That result didn’t come as too much of a surprise, though, considering the Bulls’ diabolical overseas record.

It did come as a shock to see the Sharks losing at home – and to the Stormers of all teams. Rob du Preez Snr’s side impressed in the early rounds, scoring convincing bonus-point wins against the Sunwolves and Blues. Against the Stormers, however, the Sharks were punished for their complacency.

The upshot is that the Sharks will have everything to prove at Loftus on Saturday. Expect a few big hits in the early stages, and an almighty barney at the breakdown.

Pote Human has shown his hand via his selections. Duane Vermeulen, Tim Agaba and Jannes Kirsten haven’t been picked to run the Sharks off their feet. That said, Vermeulen is one of the best in the world at the breakdown, and Schalk Brits’ versatility has added a new dimension to the Bulls’ attack in 2019.

The Sharks should look to attack the Bulls’ set piece. The latter side has suffered significant losses in the second row, with RG Snyman, Lood de Jager and Eli Snyman all on the injured list. As a result, loose forward Hanro Liebenberg has been moved to No 5 for this clash.

The Sharks aren’t at full-strength either. Jeremy Ward replaces André Esterhuizen at No 12 after the latter’s limp performance against the Stormers. One struggles to understand why Rhyno Smith is at fullback ahead of Curwin Bosch, though. Bosch’s kicking game could have been an asset to the Sharks at Loftus.

Every opposition player and coach says that they know what to expect from the Bulls. This team, however, has shown enough variation on attack in the early rounds to create some uncertainty in the minds of their opponents.

We should expect Handré Pollard to drive the Sharks back into their own territory this Saturday, and to kick for goal when the Bulls are awarded a penalty within the flyhalf’s range.

That said, Pollard will have the option to use those dangerous backs outside of him when the situation arises. Keep an eye on Warrick Gelant and Jesse Kriel, who have been utilising the attacking kick to devastating effect in the early rounds of this year’s tournament.

Lukhanyo Am has been the form South African No 13 thus far, and will want to produce another big performance in what is a crucial game for both teams. His potency may be diluted, however, if his forwards don’t get the better of their Bulls counterparts.