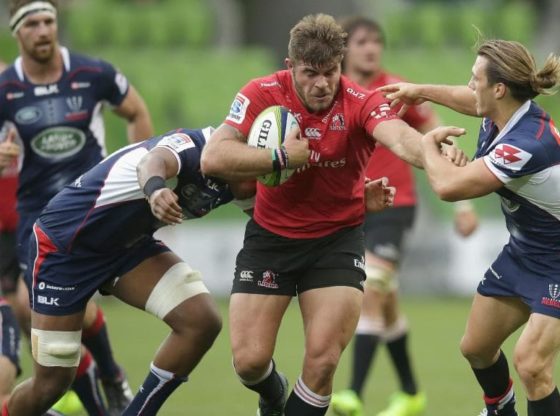 THE MONEY MAN will be making two bets in a round of Vodacom Super Rugby in which every match could go the other way.

The customary quick recall from last weekend: the betting and rugby gods were kind to me and my spreads worked a treat. The Vodacom Bulls to beat the Sharks by more than five was my best bet of the weekend. I thought it was madness that the odds were so tight in this match and always felt the Bulls would win comfortably. They did and the return was healthy.

My other bet also came good, although for 80 minutes I feared the worst. I had the Lions to win on my Superbru pick, but I had put money down on the Jaguares not to lose by 10 points. When the Lions led 47-13 after 50 minutes I didn’t have much hope of the Jaguares fighting back to lose by eight points.

The gods were kind last weekend. I was bullish with my picks as I felt there were clear favourites in most matchups. Not so this weekend. It’s a red-flag weekend. Be wise, be conservative and be warned. This weekend you could toss a coin on most matchups and not be certain of the outcome.

Every match could go the other way. We’re starting to get a measure of form now. Home ground is also proving to be an advantage. There aren’t many calls I will make this weekend with any degree of certainty, but I am picking the Stormers to win on Superbru. But I am putting R1,000 on the Jaguares to not lose by eight or more. This will get me back R1,900.

The New Zealand and Australian derby matches will be tough and while I still think the Crusaders will be too strong for the Highlanders in the south island derby it will be particularly close. The match will be played in Dunedin and history is an indicator of how little there often is in the scoreline when these two rivals meet.

Equally, the Waratahs and Brumbies.

I also don’t think the Hurricanes are an absolute to hammer the Chiefs in Hamilton. The Chiefs have been diabolical all season, but they surely have to show some fight sometime.

I am staying away from the Sunwolves versus Reds and I must admit to having gone off the Sunwolves since they loaded their squad with expat players. They are averaging 17 foreigners in their match squad of 23 and two Kiwi coaches. How does that promote the virtues of Japanese rugby?

My other Super Rugby bet is for the Rebels not to lose by eight or more against the Lions. I am putting down R1,000 to win back R1,900. My Superbru pick is for a Lions win.

The finale of the Six Nations could also prove very profitable for me. Pre-tournament, with odds of 3/1, I went for England to win the tournament, score the most points and score the most tries. The Welshman in me is willing to give up that punt for Wales to beat Ireland with a bonus point and be guaranteed the championship.

WATCH: Bet on Rebels not to lose by eight-plus
Super Rugby preview (Round 6, Part 1)