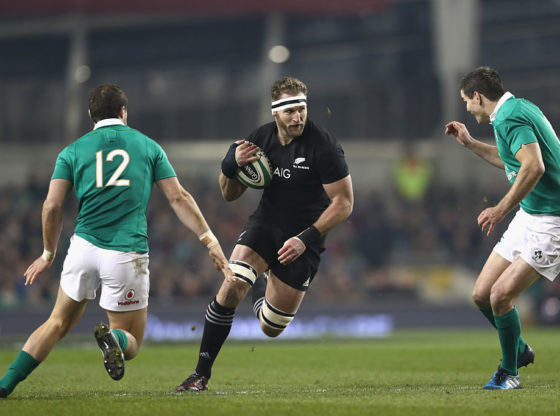 The market for betting in rugby is very volatile these days, writes THE MONEY MAN in his column for Independent Media.

Betting is not for the faint-hearted. It’s a risky business, but so is investing on the All-Share index. Just ask anyone who invested in Steinhoff stocks.

Usually what goes up must come down and I stick to a tried and trusted formula of probable outcomes.

The last month of rugby has shown that the gap between the northern and southern hemisphere’s best teams has all but disappeared. The Springboks winning by three, Wales winning by three, New Zealand by one, England winning by one all matches that could have had another outcome.

Couple this with the All Blacks versus Boks two-point doubleheaders and it’s starting to make for a wonderful build-up to next year’s World Cup. There simply are no guarantees. It makes this market of rugby betting very volatile.

When assessing this weekend’s games, the only one I will bet on with confidence is New Zealand to beat Ireland.

New Zealand are the best in the world – and even if they lose in Dublin on Saturday they remain the best purely because of the consistency of a 90% win record over the last decade. But this won’t be a debate after the weekend, as the All Blacks will win.

PREVIEW: Ireland vs All Blacks

I am staying away from the Boks versus Scotland in terms of a bet because it is too close to call. The Boks have been unsettled on tour so far and lost a game at Twickenham they should have won, and somehow won a game in Paris that they should have lost.

Let’s celebrate the Paris victory for a wonderful comeback and enjoy it.

Scotland aren’t the easy beats of a few years back. They’ve won nine of their last 10 matches at Murrayfield, with their only defeat coming against New Zealand. They deserve respect. It wouldn’t surprise me if this is the highest-scoring game on tour.

The bookies are giving the Boks a five-and-a-half point handicap. It is a brave person to think the Boks will win by six or more.

Preview: Scotland vs Springboks
Watch: All Blacks will get up for Ireland