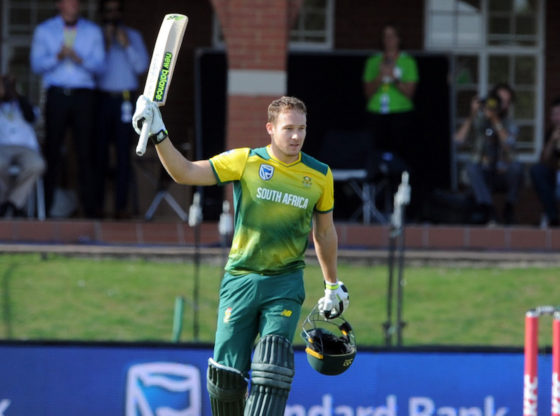 The Proteas batsmen are in the spotlight on an expected flat wicket in Potchefstroom in the second T20I at Senwes Park, writes KHALID MOHIDIN.

Despite leading the series 1-0 after a comfortable 34-run win, the Proteas still have a lot to prove in the second T20I.

Other than an impressive maiden half-century on debut from Rassie van der Dussen, the Proteas’ batting performance was sub-par, 39 (David Miller) and with 34 (Faf du Plessis) and the next best scores recorded.

Irrespective of the hosts winning the toss and electing to bat first, the Proteas only managed an unimpressive 160 in 20 overs.

It was their bowling attack that essentially bailed them out once again, as they have been throughout the white-ball tour. Their efforts were headlined by an Imran Tahir five-for and backed up by tidy bowling from the seamers.

The Proteas have now decided to rest the 39-year-old superstar, leaving their most expansive bowler from their last two outings – Tabraiz Shamsi – as their only spinner.

One confidence-booster for the Proteas, however, is that Miller returns to the venue where he scored the fastest T20I century in history – 100 off 35 balls against Bangladesh – a record that was shortly thereafter equalled by Rohit Sharma.

The Proteas hit man is in desperate need to perform with the number six spot in the side still seen up for grabs in the lineup ahead of the World Cup. Miller faces strong competition from Heinrich Klaasen and Christiaan Jonker, with JP Duminy likely to be trusted in the number five spot in the ODI set-up.

With the T20Is being another chance for the Proteas batsmen to prove their attacking ability, it is likely that a similar batting lineup will be selected in Potchefstroom.

ALSO READ: Miller returns to the scene of record ton

Quinton de Kock will be hungry to score runs considering his performance in the previous T20I. The pitch in Potchefstroom is usually a flat track known to aid batting and, if that is the case today, it will be perfect for De Kock’s attacking approach to the game.

Brandon Mavuta has been effective so far for his side, but will be tested in conditions that don’t usually aid spin. Not only will he have that issue, but Proteas spinner Shamsiwill also have to front up to these unhelpful conditions. It will be interesting to see how both cope with the conditions on Friday under lights.

With the pitch likely to be flat and the outfield quick, both sides could benefit from playing an extra batsman or all-rounder in their side.