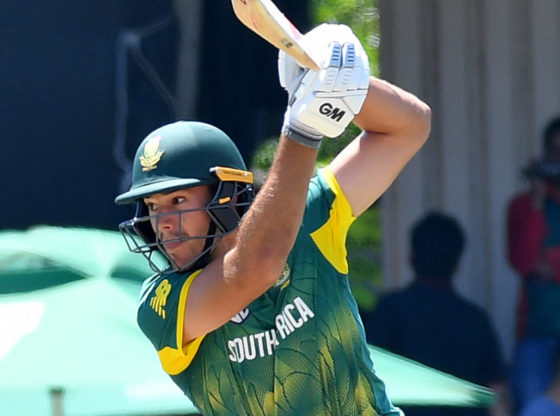 Your essential guide to the first ODI between the Proteas and Zimbabwe at Kimberley on Sunday.

The Proteas take on Zimbabwe in the first of three home ODI’s. The biggest talking point heading into the match was Dean Elgar’s call-up.

Many believe that Elgar’s selection has been long overdue, stating that his success in England for various counties in List A cricket has made him a genuine threat and his experience will be an asset to the side.

Some believe that the Proteas should have opted for a younger option who could benefit from the opportunity by soaking up the ethos and learning the culture of the Proteas side.

Nonetheless, they are missing key influencers in their lineup. Faf du Plessis and Hashim Amla are recovering from injuries while Ottis Gibson has decided to rest Quinton de Kock and David Miller. The Proteas coach revealed that the next two series (Zimbabwe and Australia) will give new players an opportunity to show selectors what they are capable of, in what Gibson described as the final two chances for experimenting.

The bowling department will gain a boost with the inclusion of Dale Steyn, who has been absent from the ODI setup for two years. This gives the Proteas the option of fielding two world-class speedsters and a rising talent in Lungi Ngidi, a lethal combo alongside the medium-pace of Andile Phehlukwayo and the spin of Imran Tahir. They also have the option of playing two all-rounders, with Wiaan Mulder showing true grit and fight with bat and ball in Sri Lanka.

Zimbabwe, however, should not pose any threat to the Proteas. Alarm bells will definitely be screaming if the inexperienced players selected do not take this opportunity to dominate against the 11th-ranked ODI side and excel by showing their ruthlessness and true ability.

Aiden Markram is under pressure after a terrible start to his ODI career. After scoring a half-century against Bangladesh on debut, he was thrown into the deep end as captain in the series against India. This was a tough challenge that affected his batting but, in his defence, he was not the only Proteas batsman to struggle against the Indian spin duo of Kuldeep Yadav and Yuzvendra Chahal. The Sri Lanka series, however, exposed the youngster further, as he played three ODIs and scored a duck, three and 20. Amla’s absence could see the 23-year-old bat in his natural position at the top of the order.

With Reeza Hendricks gunning for the No 3 position – and having already scored a century in the position on debut – Markram’s position could be under threat when Amla returns.

For Zimbabwe, Solomon Mire is a top opening batsman who returns to the ODI setup. His performances in the July T20I tri-series against Pakistan and Australia were impressive, scoring a brisk 94 (six sixes) against Pakistan, followed by 63 against Australia. He was particularly impressive against the pace and bounce of Australian speedster Billy Stanlake, which bodes well for his upcoming duel with Steyn, Kagiso Rabada and Ngidi.

Currie Cup preview (Round 7)
Chiefs defense to get shredded