Preview: Argentina vs All Blacks 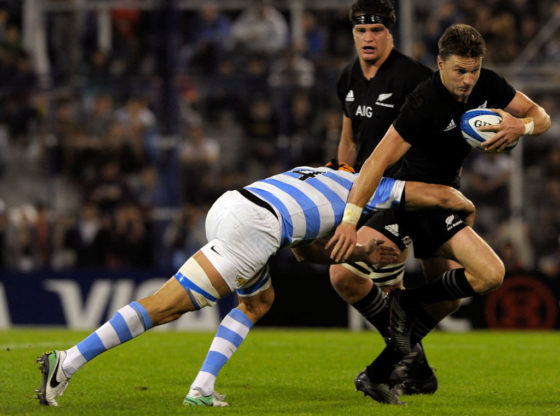 The All Blacks will look to clinch the Rugby Championship title with a win against Argentina in Buenos Aires on Saturday. SIMON BORCHARDT reports.

The world champions were expected to lift the trophy in Wellington two weeks ago, but the Boks’ shock 36-34 win meant the champagne had to be put on ice.

If the Wallabies win in Port Elizabeth on Saturday, the All Blacks will go into their match already crowned southern hemisphere champions for an incredible 17th time in 23 years. If the Boks are victorious, the All Blacks will need to beat Los Pumas – possibly with a bonus point – to make next Saturday’s tournament finale at Loftus a dead-rubber.

Argentina will head into Saturday’s match full of confidence, having beaten the Boks in Mendoza and the Wallabies on the Gold Coast. They also produced a gutsy effort against the All Blacks in Nelson earlier this month, trailing just 18-14 early in the second half before the hosts finished strongly to claim an ultimately convincing 46-24 win.

Expect a similar story at the José Amalfitani Stadium on Saturday (00:40am Sunday, SA time), with the Pumas putting up a good fight for 50-60 minutes before being buried by a relentless black wave.

Argentina may, however, get some assistance from the weather – there is a 90% chance of thundershowers predicted for Buenos Aires on Saturday and rain can be a great leveller.

Whatever the conditions, New Zealand coach Steve Hansen will be hoping for a more clinical performance from his side, who gifted the Boks two tries in Wellington, as well as a better goal-kicking performance from flyhalf Beauden Barrett, who missed four conversions.

Hansen has made six changes to his starting lineup, including the return of centre Sonny Bill Williams, who will make just his second Test appearance of the year, and the selection of TJ Perenara at scrumhalf.

Sam Whitelock will captain the team in the absence of Kieran Read, who is being rested.