Preview: All Blacks vs Argentina 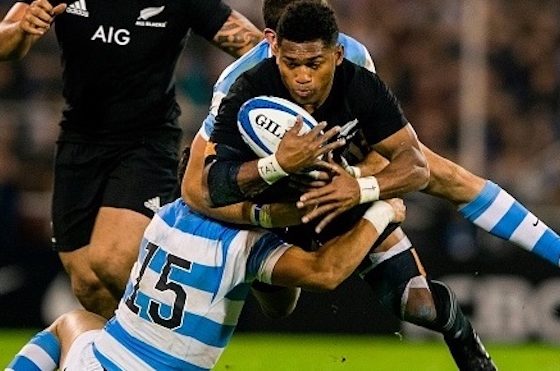 The All Blacks should strengthen a position of ascendancy in the Rugby Championship by claiming a bonus-point win over Argentina on Saturday, writes CRAIG LEWIS.

After two rounds of competition, the All Blacks have banked a full haul of 10 log points and a positive points difference of 53. In second place, the Boks sit five points adrift with a differential of zero.

It doesn’t take a rugby genius to work out that New Zealand are well on track for another Rugby Championship title, with their hegemony reflected by the fact that they sit more than four rankings points clear at the summit of the world standings.

What has set the All Blacks apart for some time is their ability to maintain intensity and consistency no matter who the opposition may be.

This is the test they will face once again this weekend as they head into a clash where they are viewed as overwhelming favourites despite making several changes to the team that powered past the Wallabies in Auckland.

With the aim of testing out a few different players and continuing to expand the enviable depth of their squad, the All Blacks have most notably handed Crusaders star Richie Mo’unga a run-on debut at flyhalf, while Nehe Milner-Skudder returns to the side for the first time since last October.

The All Blacks won’t have forgotten that they were given a bit of a scare by Argentina in New Plymouth last year, with the visitors having led 22-15 in the second half before ultimately fading to a 39-22 defeat.

Besides banking confidence from that gutsy performance, Argentina’s Super Rugby players should also draw belief from the Jaguares’ efforts in New Zealand earlier this year, which saw them claim wins over the Blues and Chiefs.

Coach Mario Ledesma has since been elevated into a coaching role with the national side, and there were clear signs of his influence when Argentina surprisingly bullied the Boks into submission in Mendoza.

So while the All Blacks may need to weather an early storm from Argentina, the reigning champs retain more than enough firepower to pile on the punishment through a trademark second-half surge that should carry them to a third successive bonus-point victory.

o The All Blacks remain undefeated against Argentina in Test rugby, having earned 27 wins and a draw from their previous 28 meetings.

o New Zealand have won their previous 14 games in their home nation against Argentina. However, the Pumas held a 16-15 lead in their last game against the All Blacks in New Zealand, the first time they had ever done so.

o This will be the first Test played at Trafalgar Park in Nelson since the 2011 World Cup, and just the fourth Test ever – the previous three games were decided by an average margin of 33 points, none of which involved Argentina or the All Blacks.

o New Zealand have won each of their last seven games in New Zealand, including their last five by an average margin of 35 points per game.

o Argentina will be looking to win back-to-back games in the Rugby Championship for the first time in what is their seventh campaign in the competition, after notching a 32-19 victory over South Africa in round two.

o Argentina have won just one of their last 10 Tests played away from home, picking up a 31-15 win over Italy in Florence in November 2017.

o New Zealand have averaged 740 metres gained per game this tournament, more than any other team – their 808m gained against Australia in round two was the most of any tier one nation in 2018.

o Argentina have scored five first–half tries this tournament, two more than any other team in the competition. However, New Zealand (one) have conceded fewer tries in this period than any team and scored the most in the second 40 minutes (nine).