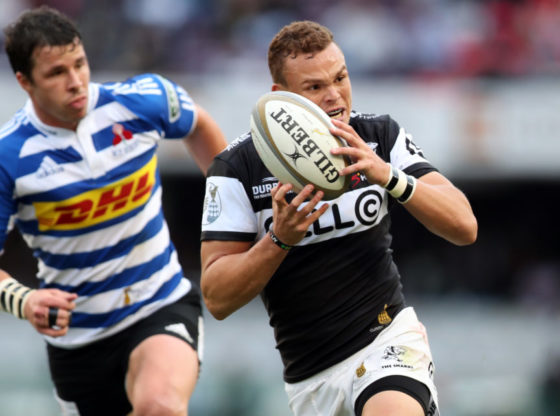 In the only fixture of the round, Western Province welcome the Sharks to Newlands in a top-of-the-table clash, writes DYLAN JACK.

The Sharks and Western Province are the only remaining unbeaten sides in the competition, with WP sitting in pole position thanks to a points differential that was boosted by their thrashing of the Golden Lions in Johannesburg.

What will undoubtedly be the closest-fought game of the season will also determine which side has the best chance of hosting a potential home final, with both teams only playing one more match after this one.

The hosts will be buoyed by the news that centre Ruhan Nel has been able to return and play after training with the Springboks this week, and it will be interesting to see if Nel adjusts his game at all after seven days with the Boks brain trust.

Province No 8 Juarno Augustus can take a step further toward higher honours in his personal clash with Dan du Preez, who has played once under Rassie Erasmus, in the loss against Wales in Washington.

The Sharks, meanwhile, have lost a Springbok in wing Sbu Nkosi, but do have more than enough cover in his position to cope without him in Cape Town.

Coach Robert du Preez has opted to start with former Province product Jacques Vermeulen, while Luke Stringer, also from the Cape, will be eager to provide some energy off the bench.

The tussle between the two front rows will be enthralling to watch, as WP’s young guns come up against slightly more gnarled ‘veterans’ in the form of Thomas du Toit, Coenie Oosthuizen and Chiliboy Ralepelle.

At the back of the Sharks’ minds will be last year’s final, in which they let a 21-15 half-time lead slip to lose 33-21 after being blanked in the second half at Kings Park.

Robert du Preez Jr, one of the heroes for Province in that game, has since joined his brothers and father in Durban and could have a big impact on this game, should his forwards give him the clean service he needs.

Ultimately, Province will want to wrap up top spot in this match, as they face the Blue Bulls at Loftus in their final fixture, while the Sharks travel to Kimberley to take on Griquas.