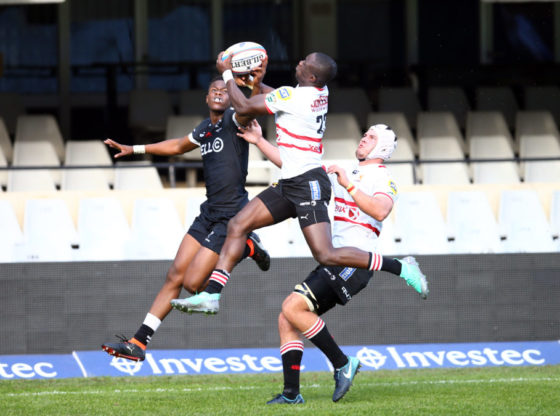 The Golden Lions and Sharks will be looking to take advantage of some favourable fixtures, as well as Western Province’s bye, in the fourth round of the Currie Cup, writes DYLAN JACK.

In the opening clash of the weekend, the Sharks will give two of their promising youngsters a run against an unpredictable Pumas team. Aphelele Fassi has come in for Springbok Curwin Bosch, while flank Luke Stringer replaces Wian Vosloo.

The 20-year old Fassi, a product of Dale College, has enjoyed something of a meteoric rise and will be looking to make his mark after scoring a try (which nearly became a brace) off the bench against the Bulls.

Springbok hooker Akker van der Merwe will also make a return to the team via the bench and should offer plenty of firepower when he comes on.

The Pumas, meanwhile, have ex-Sharks players in scrumhalf Stefan Ungerer ― who some would argue was not given a fair shot after the departure of Cobus Reinach ― and flank Francois Kleinhans. Both will want to prove their worth to their former employers. Ungerer has certainly not been lacking for form with his crisp service and kicking game allowing him to form a dangerous halfback combination with Chris Smith, who is tied top point-scorer with 35.

The visitors certainly will not be pushovers and given the Sharks’ rollercoaster form ― seen so often in their Super Rugby campaign ― which again showed itself in their narrow victory over the Free State Cheetahs, this has the potential to be a closer tie than most are anticipating.

Griquas will be seeking their first win of the season when they host the Blue Bulls at the not-so-welcoming fields of Kimberley.

As the hosts have shown in the past, they can certainly prove a handful in front of a partisan crowd. Coach Peter Engledow has had the pleasure of welcoming back wing Enver Brandt and wasted no time in getting him into the team. The speedster has been the Rugby Challenge’s top try-scorer for the past two years and should test a leaky Bulls defence.

The visitors will be kicking themselves after failing to close out their eventual loss against the Golden Lions, giving away a 35-21 lead. Coach Pote Human has made minimal changes to his starting lineup, however, bringing Duncan Matthews and Franco Naude into the backline while flank Nic de Jager will also make his first appearance of the season.

One other point of interest has been the Bulls’ inclusion of Blitzbok Dylan Sage on the bench, making him the latest sevens star to try his hand at the 15-man game. The 26-year old does not lack for pace or brute strength as he has shown on the circuit, so it should be interesting to watch how he translates his skill-set when he comes off the bench.

The Lions will want to take maximum points and climb to the top of the table against a young Free State Cheetahs side who have not been wanting for effort despite their obvious shortcomings.

The hosts have obviously seen this game as their easiest, as coach Ivan van Rooyen has given Springbok fullback Andries Coetzee a week off with Sylvian Mahuza shifting to No 15 and Madosh Tambwe coming in on the wing, while young hooker Pieter Jansen has also been brought into the XV.

It speaks to the home side’s advantage in depth given that they made those changes and are still able to name a team with three capped Springboks in Lionel Mapoe, Courtnall Skosan and Marvin Orie, who leads the side.

After a bit of upheaval through the transition between the Pro14 and Currie Cup, Cheetahs coach Daan Human will try to settle his side and has made just one change, bringing in ex-Bulls flank Abongile Nonkontwana for his first start. The former Junior Bok should add plenty of grunt to the Cheetahs pack.

The inexperienced Free Staters showed they could more than hold their own against tougher opposition, and their effort against the Sharks should make the Lions wary of any complacency, as the Johannesburgers try to claim the maximum before squaring off against Western Province in the next round.