Preview: Wallabies vs All Blacks 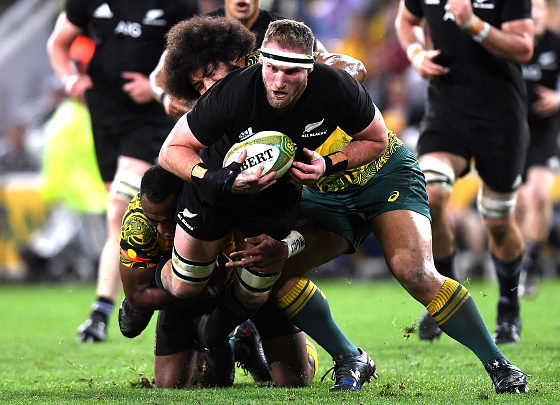 The All Blacks will be aiming to make a serious statement of intent when they face the Wallabies in Sydney this Saturday, writes CRAIG LEWIS.

At the start of another Rugby Championship, the All Blacks can be installed as overwhelming favourites.

New Zealand teams mostly dominated Super Rugby once again this year – with the Crusaders emerging as eventual champions – while the All Blacks swept aside France in their June Test series.

The Wallabies will point to the fact that they emerged victorious the last time these two teams met, but by then the Bledisloe Cup was already wrapped up for the 16th successive year.

The All Blacks’ hunger for more trans-Tasman domination remains undiminished, and they have picked the strongest available side to head into battle this Saturday, while having the added motivation of playing for Sam Whitelock in what will be his 100th Test.

Stalwarts Kieran Read and Brodie Retallick, who missed the series against France in June, will add an additional steely edge to an explosive All Blacks forward pack that has the firepower to assert their ascendancy on Saturday.

This week, New Zealand coach Steve Hansen has called on his troops to deliver a performance of clinical execution that sets the tone for the tournament ahead: ‘The Bledisloe means a lot to this team and we have the opportunity to show just how much on Saturday night,’ he commented.

The Wallabies have also looked to talk a good game, with flyhalf Bernard Foley suggesting that they are determined to produce a defensive masterclass in order to throw the free-scoring All Blacks off their game.

Of course, the Wallabies will be looking to David Pocock and Michael Hooper to wreak havoc at the breakdown and prevent the All Blacks from enjoying quick, clean ball, but there is no doubt that the visitors will be targeting these players when it comes to cleaning out at the rucks.

The scrappy Wallabies should be expected to at least put up a competitive performance in the early exchanges, but one wouldn’t imagine there will be any stopping the All Blacks when they execute their typical second-half surge.

Superbru: How many will Man City score?
Preview: Springboks vs Argentina