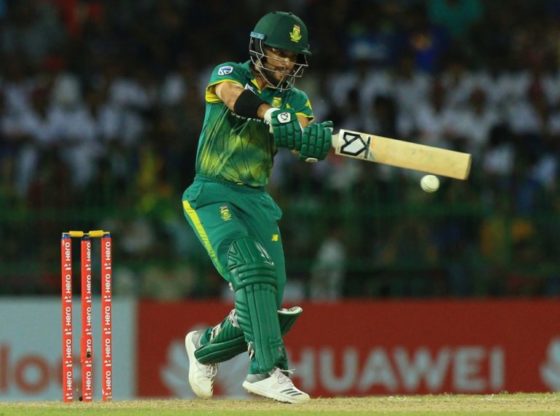 Your essential guide to the Twenty20 International between the Proteas and Sri Lanka at the R Premadasa Stadium in Colombo.

The Proteas will be burning to make amends after Sri Lanka stole their thunder by winning the last two ODIsto prevent a 5-0 clean sweep. The Proteas will also be on a high knowing that they will be heading home soon after an extremely draining tour.

The Proteas are ranked sixth in the ICC men’s T20I rankings with a rating of 114, ahead of Sri Lanka in ninth position with a rating of 85. First-placed Pakistan has a rating of 132. Home advantage will favour Sri Lanka, and South Africa are also without some of their top-rated T20I specialists.

When the South African bowlers have fired, the Sri Lankan batters have struggled despite the wickets not being conducive to pace. It’s hard to imagine that the team management will use this match to experiment a great deal, and they are likely to be looking for a last big performance in order to finish the tour on a winning note. They will not want to leave Sri Lanka having lost 2-0 with the red ball and drawing 3-3 with the white ball 9including the T20I). A win is critical for their confidence.

The return to action of Sri Lanka captain Dinesh Chandimal, who missed the entire series against South Africa, will see him eager to make amends for the time he’s missed out through suspension.

ALSO READ: Proteas look to finish on a high

Tabraiz Shamsi was brilliant in the ODI series and should be given the nod for the T20I. Hashim Amla is the Proteas’ T20I star, but his struggles in Sri Lanka – along with the fact that he’s played every match on tour – suggests he might be given a rest for the final match. It would be the perfect opportunity to give Aiden Markram a run as an opener. He looked terrific on his return in the fifth ODI and a big knock from him at the top of the order would allow him to take good memories back from what has been a tough tour.

With Faf du Plessis also missing, the Proteas batting line-up could take on an experimental look, but it will not be without firepower. Hopefully, JP Duminy will call right with the toss and bat first to give his boys a chance to bat with greater freedom.

Wiaan Mulder has looked good on tour, but Junior Dala should get the nod ahead of him. Dala’s pace and bounce are worth unleashing on the Sri Lankans in the T20I – if he strays in line and length he will be mercilessly punished, but it would be worth the gamble as he has the potential to knock a couple of Sri Lankans over cheaply… and quick wickets play a huge role in shifting the balance of power in a T20I.

There is talk that Kagiso Rabada might be rested for this final match, but the prospect of him opening with T20I dynamo Lungi Ngidi is too mouth-watering for the selectors to ignore. Duminy is in fine form with the bat, as is Quinton de Kock, but look for big runs from David Miller as he will be desperate to turn a mediocre tour into something memorable.

For Sri Lanka, Chandimal will be back with all guns firing and with nothing to lose, while Angelo Mathews is the man in form and would expect to continue with his rich vein of form.

Akila Dananjaya has a massive emotional stranglehold over the Proteas, and they will look for revenge by pasting him to all corners of Colombo. However, that could backfire horribly, leaving him to pick up another basketful of wickets. Back in the side could be Kasun Rajitha, who might be the surprise package in the match despite having suffered at the hands of a rampant South Africa during his ODI debut in the second ODI.