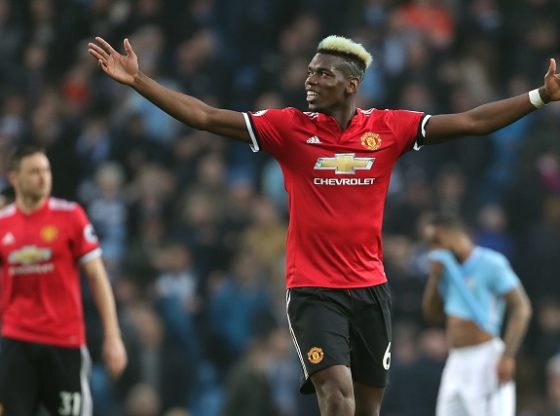 Match Preview,Top story |
English clubs can brace themselves for a couple of shocks over the next couple of weeks as those in Europe look to make some late signings ahead of their transfer window closing at the end of the month, writes GARY LEMKE.

For the English clubs, their own window banged shut before Manchester United kick-off the new season against Leicester City, leaving them at the whim of some big approaches.

Paul Pogba (from United to Barcelona) is unlikely but simmers in the background, while Chelsea will be sweating that Real Madrid don’t come knocking in the next fortnight with a big offer for Eden Hazard.

The transfer rumours and unsettling stories come while the 2018/19 season opens with the Friday nighter at Old Trafford. Leicester were also involved in the corresponding fixture last year, also on a Friday night, also away, at Arsenal. And what a game it produced. There were two goals within the first five minutes and by the 56th minute Jamie Vardy had scored twice for Leicester to lead 3-2. Late goals by Aaron Ramsey and Olivier Giroud rescued a dramatic 4-3 victory for the Gunners.

Manchester United, with manager Jose Mourinho in ‘third season syndrome’, are already under pressure to pick up the three points, because this is a fixture that they would be banking on to get up and running with when they first saw the fixtures released. However, pre-season they haven’t impressed, although the reality is that most pre-season matches are nothing more than public training outings. They’ll be a different side once the blood and thunder of the Premiership starts. And Leicester will miss the presence of their Algerian talisman Riyad Mahrez, who is now on Manchester City’s books.

In doing my Superbru, I usually sort all the teams out in different categories and tend to follow that for the entirety of the season, irrespective of form. There are teams which I make very diffficult to beat at home, some which I don’t see getting involved in high-scoring games, those who I don’t feel ‘travel well’ and then those who I simply ‘don’t have a feel for’.

A lot of my season will be structured around my belief that Manchester City will win the League, followed by Liverpool and then Arsenal. I think Chelsea, Manchester United and Tottenham will fight it out for fourth. At the other end of the table I have Cardiff City going straight back to the Championship, while Watford and Newcastle are my two others to go through the trapdoor. Obviously, with 38 rounds of matches left, they are huge calls, but that’s how I go about my season.

I think that both Wolves and Fulham, who have come up from the Championship, will survive and both are entertaining and easy on the eye. They’ll score goals and that will keep them up. However, they will need to get points in the bag before Christmas, because after that it becomes a case of which squads have the most depth.

My bogey side is Everton and over the past three seasons I have earned the least points when predicting their matches, while Southampton and West Ham aren’t far behind in terms of my inability to predict their results.

What I like about the new Superbru points scoring system is that it allows players to be bolder in their predictions. Now, one can go for a 0-0 and not sit on the fence with a 1-1 and the three points for a correct score might also see a few more players to go for 3-2 instead of a 2-1. But, it’s a long season and I never seem to start off well. Given the hot, dry weather in England, the early part of the season also tends to throw up more goals than when the cold and rain sets in come December, so be sure to keep that in mind.

Here are our SportsClub team’s predictions for the first round of fixtures: