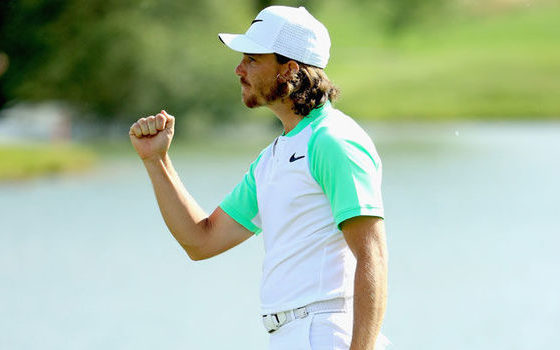 PREDICT THE FINISHING ORDER OF THE SAFFAS THIS WEEK AND WIN!

If you are parting with your hard-earned money, then it would be hard to ignore the form of Dustin Johnson, correctly priced as the man to beat this week. A convincing winner two weeks ago and a top five last week after a final round that started off with five birdies in six holes makes him look even more likely to add to his Major collection. (You can get him at 8.75/1 with local bookmaker Betolimp HERE!)

The PGA Championship has become something of a haven for Major-less players – that’s good news for the likes of Tommy Fleetwood, Jon Rahm, Rickie Fowler and South African hope Branden Grace. Grace is out of form and one to swerve this week, if you ask me. And to that point, the Saffas – in my view at least – aren’t going to trouble the top of the leaderboard. Grace and his fellow highly ranked colleagues, Louis Oosthuizen and Charl Schwartzel, have all shown glimpses of form this year but none have been able to get over the line. I don’t expect this week to be any different, not from a ‘head over heart’ point of view.

That said, these are my five players to watch (note that I’ve avoided any player in the top five rankings with the bookies):

A little bit of ‘he’s bound to win one’ in this pick. Has been in red-hot form for some time and has impressed in previous Majors before a late slip. If this is to be a first-time haven, then Fleetwood – who continues to demonstrate his excellent ball striking week in and week out – stands out as one to beat.

Started a bit of trend, if you’ve been following me, of going with a player and then sticking with him for a few Majors. Noren disappointed at The Open with a poor final round. He’s arguably the best putter on tour at the moment and ticks all the boxes from winning recently, playing well and having a game that stacks up well to Major conditions.

PGA Tour Rookie of the Year, impressed at The Open and a big player at big events who is ready to stamp his mark with a Major victory. Decent return if he does win and that’s part of the attraction to Schauffele this week.

The Dane is one of those players hard to ignore based on his current form. He held off Francesco Molinari to win the Italian Open, then was second at the BMW PGA after a closing 61, a top 10 in Ireland and (after I picked him at The Open) came in just outside the top 10 at The Open. Enough to suggest he’s in for a big week at Bellerive.