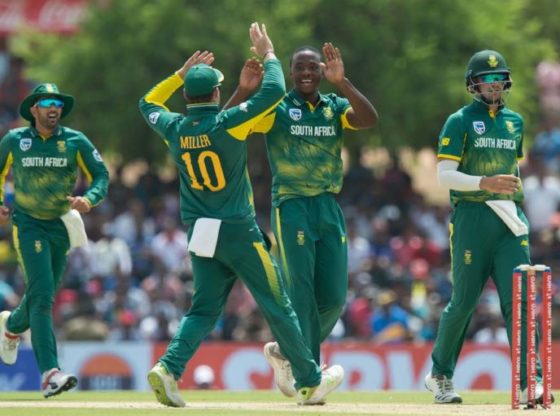 Your essential guide to the second ODI between the Proteas and Sri Lanka in Dambulla.

The Proteas got their ODI series off to a great start with a comfortable five-wicket victory over Sri Lanka in Dambulla. They return to the same venue on Wednesday and should enter the match in better spirits than the first.

However, question marks still hang over the Proteas’ batting lineup.

Hasim Amla and Aiden Markram’s form so far on the tour has been sub-par, and they will both be keen to hit back after disappointing knocks in the first ODI.

JP Duminy was exceptional. He stuck to his strengths and used his experience to ensure the Proteas got over the line.

Quinton de Kock was in his element for his 47 but needs to keep his concentration and carry his bat beyond the half-century mark. Faf du Plessis was vital to holding the innings together, but he too will hope he can convert those good starts into significant milestones, having fallen on 49 and 48 in the Test series.

David Miller, however, is in need of a big knock to boost his confidence, especially with Heinrich Klaasen breathing down his neck as a more than worthy replacement.

The Proteas’ bowling attack is in the perfect space. They are young, fresh, full of energy and are finding the cohesiveness needed to form a lethal bowling unit. They will need to produce more of the same in the second ODI, although Du Plessis must find a better way to utilise his two young all-rounders – Andile Phehlukwayo and Wiaan Mulder – if they are both selected again. Considering how they struggled in unison in the first ODI, it would be better to pair one of them with a spinner to slow down the scoring rate in the middle by forcing the batsmen to keep adapting to the change in pace.

Tabraiz Shamsi and Kagiso Rabada were exquisite. They took four wickets each and played the ‘senior’ role in the Proteas bowling attack.

In the enemy’s den, the Sri Lanka spinners remain a threat and will be a vital ingredient if their team hopes to find a gap in the Proteas team that will allow them to fight their way back into the series, as right now it looks like one-way traffic. Their batsmen as a collective still need to step up in conditions that have been said to suit the home side, as was evidenced during the Test series.

Their home record, however, does not favour them. They have lost their last eight ODIs in Sri Lanka and desperately need to break the losing streak.

The Proteas’ brilliant win was highlighted by a few exceptional individual performances and a strong performance in the field. This is a great start as they look to pinpoint their best XI to lift the World Cup. They will need to keep the intensity high, take some chances with selections to allow youngsters to prove themselves, and then keep raising their game as we count down the months.

De Kock is in need of a massive knock. His last century for the Proteas was his unbeaten 168 in October 2017 against Bangladesh. He read the Sri Lankan bowlers with ease in the first ODI but lost concentration just three runs short of what would have been his 16th ODI half-century. De Kock has converted all of his previous half-centuries to tons in the subcontinent, with four of his 13 ODI centuries been scored in Asia.

Niroshan Dickwella can be dangerous if he gets going but his form has been poor, with a highest score of 42 against Bangladesh in his last 16 ODI innings, while his average is 16.33. The reason he’s been able to keep his place in the side is because, prior to that lean spell, he scored 102, 116 and three against Zimbabwe and 64 against India, which was back in August 2017. He performed well against South Africa back in 2017, so the selectors are backing him to come good with a big knock soon, although no doubt they might turn elsewhere if he isn’t able to turn the corner soon.