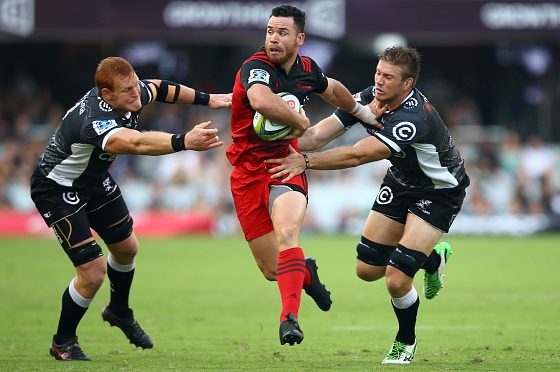 CRAIG LEWIS looks ahead to the Super Rugby quarter-final in Christchurch on Saturday.

CRUSADERS vs SHARKS, Christchurch, Saturday, 9:35am

Earlier this week, SARugbymag.co.za highlighted the ‘miracle’ odds that the Sharks would need to overcome if they hoped to emerge as the first South African side to win a playoff game in New Zealand.

The Sharks will know that they have already been widely written off, and it’s perfectly understandable when one considers that the reigning champion Crusaders have won 31 out of 34 matches in the past two years, while tallying 27 log points more than the Durban-based side over the course of the regular season.

So, is there any point in South African fans turning on the telly to watch the Sharks head into battle on Saturday?

Well, those who love an underdog story will point to the recent exploits of South African tennis star Kevin Anderson as he overcame enormous odds to beat Roger Federer on the way to the Wimbledon final.

Most would suggest that a Sharks win in Christchurch would be even more remarkable, although one can’t forget that the Durbanites did pull off a historic win back in 2014 despite being reduced to 14 men.

Traditionally, there is certainly something about the culture of the Sharks that has often seen them perform best when they’re able to play without any weight of expectation. In short, they relish the underdog tag.

This sort of fighting spirit was in evidence just earlier this season when the Sharks headed over to New Zealand after suffering back-to-back losses in Australia, which included a 46-14 hammering at the hands of the Rebels.

Instead of capitulating, the Sharks threw off the shackles to bash the Blues 63-40, before outplaying the Hurricanes in every department except the scoreboard (a late try saw them suffer an agonising one-point defeat).

Of course, the Crusaders are a different prospect altogether. The eight-time champions are a side that boasts precision, power and relentless phase play. Packed with All Blacks (12 are in their starting lineup), they are a team that has the quality to quite conceivably knock over some Test sides.

All in all, the challenge facing the Sharks cannot be overstated, but with a competition-high tackle success rate of 85.5% and a solid set piece, they will be hoping to disrupt and frustrate a Crusaders team that thrives off clean ball.

The season’s statistics show that the Saders have scored a whopping 34 tries from first-phase play, and as many as 20 in the opening quarter, so the Sharks will know that they cannot afford to be blown out of the water early on.

If the South Africans are to have any hope of an upset, they will need to scrap and tackle as if their lives depend on it, but it’s really only a one-eyed optimist who would suggest that they can see anything other than a comfortable win for the Crusaders on Saturday.