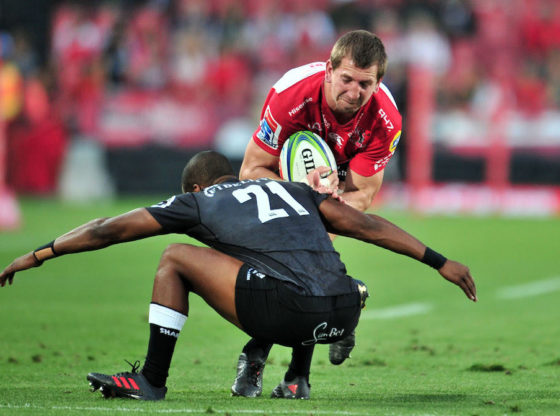 CRAIG LEWIS looks ahead to the final three matches of round 17, which include all four South African sides.

The Bulls lost their way just before the June Test break, with disappointing defeats to the Brumbies and Jaguares seeing them fall to the bottom of the South African conference, and to 12th on the overall standings.

It’s a set of results that severely dented the Bulls’ slim playoff hopes, but they will be targeting a winning run to end a season that has largely been about rebuilding a team culture and brand of rugby.

Bulls coach John Mitchell has picked a team that includes several Springboks who were involved in the June Tests, while they have been boosted by the return to fitness of wing Jamba Ulengo, No 8 Hanro Liebenberg and flank Jannes Kirsten.

It can’t be forgotten that the Bulls suffered an embarrassing one-point defeat to the Sunwolves the last time these two teams met, and so there shouldn’t be any element of complacency from the Pretoria-based side.

It’s notable that in terms of per-game averages, the Bulls are ranked first for lineout success (91%), while the Sunwolves’ percentage sits at a competition low 83. It is an obvious area where the Bulls will be looking to dominate, while they should use their lineout drive to good effect.

One might expect the Sunwolves to offer up a competitive edge early on this Saturday, but it remains a match where the Bulls are likely to bank the full haul of log points.

From a South African perspective, this is undoubtedly the headline fixture of the weekend.

The Lions clinched two crucial wins just before the June Test window, which ensures they remain handily placed at the top of the South African conference, although the second-placed Jaguares are just six points behind, while having a game in hand.

It’s a state of affairs that will ensure the Lions aren’t found wanting for motivation this Saturday, particularly as they have a bye next weekend, before facing a final conference game against the Bulls.

A win for the Lions will go a long way to guaranteeing a home quarter-final, and so coach Swys de Bruin will be thrilled to have influential Springboks such as Malcolm Marx, Warren Whiteley and Courtnall Skosan all returning from injury.

Lying in wait for the Lions will be a Sharks team that saw their campaign blighted by inconsistency before the international window.

Five wins, seven losses and one draw have left the Durban-based side just outside playoff qualification, and they cannot afford to drop another game if they are to sneak into a wildcard position.

The likes of Thomas du Toit, Akker van der Merwe, Lukhanyo Am, S’bu Nkosi and André Esterhuizen should all be riding a wave of confidence after receiving opportunities with the Boks in June.

It means that a full-strength Sharks side could prove to be a very different proposition over the final few weeks of the competition, and which makes it particularly difficult to pick a favourite for Saturday’s clash at Kings Park.

However, the fact remains that the Lions are undefeated in their last 21 derbies, while they are on a seven-match winning streak against the Sharks.

The Jaguares enjoyed a remarkable hot streak prior to the June break, which saw the Argentinian team record six successive wins and shoot up to seventh on the overall standings.

It will be interesting to see if they can maintain that form as the competition resumes, particularly when one considers how Argentina struggled against Wales and Scotland during the June Tests.

The Stormers have headed to Buenos Aires with an air of desperation about them following a sequence of three defeats that have left their playoff hopes hanging by a thread.

As a result, coach Robbie Fleck has seen the need to take his strongest possible side across to Argentina, including battle-weary Bok captain Siya Kolisi, who will surely be tapping into the last of his energy reserves.

Injuries have certainly been a significant contributing factor to the Stormers’ struggles this season, and it’s notable that there is still no sign of influential lock Eben Etzebeth, although Bongi Mbonambi and Frans Malherbe have returned to an all-Bok front row.

The Stormers do have a 92% per-game average in terms of scrum success (rank three), and this is certainly an area where they can look to target the Jaguares (85%).

However, it’s difficult to overlook the fact that the Stormers have yet to win a game away from home this season, and it will be a tall order to overcome a Jaguares side that has a playoff place well within their sights.