JON CARDINELLI looks ahead to the first four matches of round 17, including the important derbies in Melbourne and Suva.

What’s at stake in this basement battle? The Reds still have a mathematical chance of qualifying for the playoffs. They could also strike a blow for Australian rugby by recording a rare win – only the second this season – against a New Zealand side.

The Blues trail the fourth-best side in the New Zealand conference (the Chiefs) by 20 log points. They have nothing but pride, and a decent overall log position, to play for in the next three weeks.

Finishing has been a problem for Tana Umaga’s side this season. The Blues boast a host of All Blacks stars, and the stats show how they have put opposition defences under pressure.

However, while they are ranked in the top five for carries, defenders beaten, clean breaks, offloads, and metres made, they have very little to show for their endeavours. According to Opta Stats, the Blues have scored the second-fewest points and the third-fewest tries.

The Reds have embraced a more physical and defensive style of play in 2018. Brad Thorn’s charges rank third for tackles, and are the most disciplined side in the competition.

The Reds’ attack has failed to fire, though. They’ve scored even fewer points and tries than the Blues this season.

Will we witness a clash of styles this Friday? The Blues are likely to stick to their guns. The Reds, in an attempt to keep their slim playoff hopes alive, could embrace a more expansive approach.

o The Blues are undefeated in their last three games against the Reds ( won two, drawn one); the last and only time they went longer without loss against them was a four-game win streak from 2005-08.

o  The Reds have won just two of their previous 10 games away from home against the Blues (drawn one, lost seven), with the most recent victory in such a fixture coming back in 2012.

o  The Blues succumbed to a 20-10 defeat to the Rebels in their most recent game against Australian opposition, after having previously been undefeated in 11 consecutive games against them (won 10, drawn one).

o  The Blues have made 121 carries per game this season, more than any other side in the competition. However, they’ve gained just the fifth-most metres per game of any team (435m).

o  The Reds’ Samu Kerevi has made 146 carries this season, the third most of any player and the second most of any back behind the Stormers’ Damian de Allende (152).

REBELS vs WARATAHS, Melbourne, Friday, 11:45am

The fight for the Australian conference title, as well as a home playoff, continues. The winner of the derby in Melbourne will take an important step towards realising those ambitions.

Michael Hooper will miss the crucial clash, and possibly the rest of the campaign, due to a hamstring injury sustained in last week’s Test against Ireland. Israel Folau has been suspended after receiving a yellow card for foul play in the same game. The fullback has appealed against the decision and may yet feature for the Waratahs this week.

That said, the Waratahs still have a lot of firepower. The Sydney-based franchise is ranked second for points and third for tries scored. Wing Taqele Naiyaravoro has scored 11 tries in as many matches in 2018.

The Rebels defence has struggled. No side in the competition has a worse tackle success rate (81%).

Waratahs flyhalf Bernard Foley is ranked second in the tournament for points scored (148). He may enjoy a number of opportunities to shoot for goal this Friday. The Rebels have been the least disciplined side in this year’s competition.

o The Waratahs have won 12 of their previous 14 games against the Rebels, posting 50-plus points in both of their last two meetings.

o Victory for the Rebels in this match would mark their fourth win on the bounce, setting a new record for the franchise in Super Rugby for the most consecutive wins.

o The Waratahs have won 12 of their last 13 away games against their current conference members.

o The Waratahs have gained 493m per game this campaign, more than any other team in the competition.

o Kurtley Beale has won 12 turnovers this season. Only one back has won more (Waisake Naholo – 13).

HIGHLANDERS vs CHIEFS, Suva, Saturday, 9:35am

This has been listed as a home game for the Highlanders, even though it will take place in the Fijian capital. The upshot is that neither side will have an advantage in what’s a crucial match in the context of the log standings.

The Highlanders are third in the New Zealand conference, and three log points ahead of the fourth-placed Chiefs. A big win for the Highlanders will take them six or seven points clear of the Hamilton-based side. Victory for the Chiefs will edge them ahead of the Highlanders in the standings, with only two rounds left in the regular season.

All eyes will be on Chiefs utility back Damian McKenzie, who started at flyhalf for the All Blacks against France last week. The Chiefs will be hoping that the little maestro can orchestrate a similarly destructive attacking performance against a well-organised Highlanders defence.

The Highlanders will be without Liam Squire, who is nursing a shoulder injury. The Chiefs are missing a key All Black in Brodie Retallick, though.

While both teams employ very different styles of play, both rely heavily on their forwards to get them on the front foot. The Highlanders have one of the better packs in the tournament as far as the collisions and breakdowns are concerned (they rank fifth for turnovers won). Statistically speaking, the Chiefs have the strongest scrum and the fourth-best lineout.

This promises to be a tight match. The Highlanders go into this game with a slightly superior goal-kicker. Lima Sopoaga enjoys a 78% success rate at this stage, while McKenzie has only managed to convert 73% of his attempts.

As a few critics in New Zealand have opined, the Highlanders may come to regret the decision to take this fixture to Fiji. They would have been favourites to win if this clash was staged at the Forsyth Barr Stadium in Dunedin.

With the game taking place in Suva, the Chiefs will fancy their chances of an upset.

o The Chiefs have won their last two games against the Highlanders, though they had lost six games on the bounce against them prior to that set.

o The Highlanders have won four of their last five games at home against the Chiefs, with three of those coming after having trailed at half-time.

o The Highlanders have won 10 of their last 12 New Zealand derbies on home turf, including their last four in succession.

o The Highlanders have endured the highest defensive workload of any team this season, making a competition-high 146 tackles per game.

o The Chiefs’ Solomona Alaimalo has gained the most metres (1,109) and clean breaks (36) of any player so far this season.

BRUMBIES vs HURRICANES, Canberra, Saturday, 11:45am

The Hurricanes need a big win this week to keep the heat on the Crusaders at the top of the New Zealand conference. The Cantabrians have racked up 54 log points after 14 matches – and will enjoy a bye this week – while the Hurricanes have accumulated 45 in 13.

The Hurricanes are one of the most balanced sides in the tournament. Their attack has scored the second-most tries to date (54) while their defence has conceded the fewest five-pointers (32).

They will be without a host of stars for the fixture in Canberra. Beauden Barrett, Brad Shields, Vaea Fifita, Ardie Savea and Matt Proctor have all been ruled out.

Those absences may only serve to keep the score down, though. The Brumbies come into this match with a five-from-13 record in 2018. They’ve been one of the worst set-piece and attacking sides in this year’s tournament.

Loose forward David Pocock impressed for the Wallabies in the recent Test series against Ireland. His impact on the fixture against the Hurricanes, however, will hinge on the performance of his tight five. The Brumbies will need to apply some pressure at the scrums and lineouts if they are to keep the visitors honest.

The Brumbies need this win to keep their slim chances of playoff qualification alive. The Hurricanes won’t want for motivation either, as a win in Canberra and in the two matches that follow could potentially secure them a home playoff.

o  The last time these sides met in the regular season, the Hurricanes picked up a 56-21 victory, snapping a five-game losing streak in such fixtures against the Brumbies.

o  The Brumbies will be hunting for back-to-back wins at home for the first time since 2016 after snaring a 41-31 win against the Sunwolves in their most recent fixture as hosts.

o  The Hurricanes have won their first game back after the June Test window in each of their last three attempts, including two wins after trailing at half-time.

o  The Hurricanes boast a points differential of +55 in the opening quarter of games this season, better than any other team in the competition.

o  Tom Banks has crossed for four tries in his last three appearances for the Brumbies. However, he is yet to score in five games against New Zealand opposition. 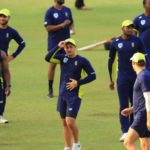 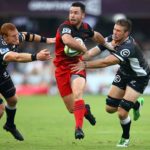 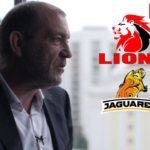 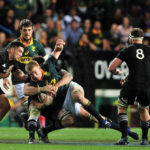 Preview: All Blacks vs Springboks