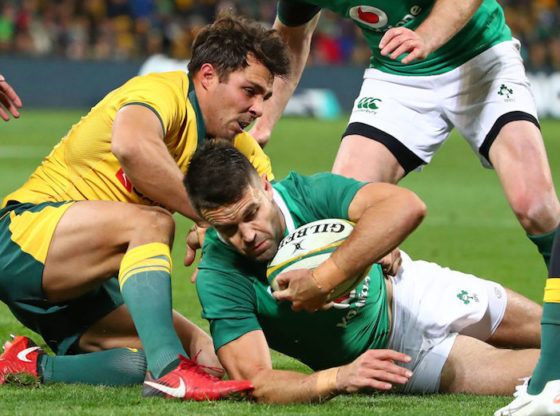 Ireland will go into Saturday’s Test series decider against the Wallabies in Sydney as slight favourites.

While the Six Nations champions suffered an 18-9 loss in Brisbane, they bounced back well in Melbourne with a 26-21 win – their first against the Wallabies in Australia since 1979 – that was more convincing than the scoreline suggests.

Ireland did well to combat the aerial threat of Israel Folau and bossed the breakdown. They also dominated possession and territory, enjoying 75% of both halves before Australia fought back late in the game.

Ireland will therefore be confident of claiming a historic 2-1 series win Down Under, and the bookies seem to agree, having given them a four-point headstart.

Physically, the Wallabies were found wanting against the fired-up Ireland forwards last week. As a result, coach Michael Cheika has dropped Caleb Timu and shifted Michael Hooper to No 8, with Lukhan Tui coming in to make his first Test start at blindside flank.

Australia will be without the crisp service of scrumhalf Will Genia, who broke his arm last week and has been replaced in the starting XV by Nick Phipps. Phipps’ performance, when measured against that of the world-class Conor Murray, could play a big part in determining the outcome of this clash.