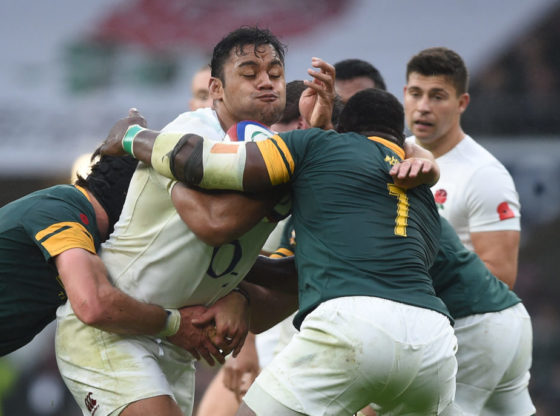 The Springboks head into the opening game of the three-Test series against England with a physical and tactical point to prove, writes JON CARDINELLI.

Eddie Jones’ England have never been more vulnerable than they are at this moment. There’s a feeling – particularly among the British journalists on tour – that the side has regressed over the past 12 months or so and that it will battle to live with a ‘rejuvenated’ Bok side this June.

Why have England decided to set up camp in Durban and not on the highveld ahead of the Tests at Ellis Park and Free State Stadium? I asked one of the travelling scribes this question on Thursday afternoon. He seemed just as perplexed as those of us in the South African contingent.

That a clutch of senior British journalists attended the Bok team announcement in Johannesburg on Thursday, and not the England team announcement in Durban around the same time, was a statement in itself. It appears as if the media has lost patience with Jones, and would prefer to engage with his opposite number, Rassie Erasmus, ahead of a crucial Test for both sides at Ellis Park.

England have lost their last four games. Three straight losses in the 2018 Six Nations were followed by a heavy defeat to the Barbarians at Twickenham. Some have suggested that this slump may extend to six straight Test defeats by the end of the tour of South Africa.

Jones is under pressure, and it’s clear that few in England are willing him to succeed. Whether that external pressure will be enough to force a series loss for the tourists is another story.

Nevertheless, labelling the Boks as ‘rejuvenated’ is premature. The Boks won 11 of their 25 Tests in Allister Coetzee’s woeful two-year tenure. While Erasmus has made some much needed structural and personnel changes since taking the reins, the team still has everything to prove in terms of results.

The Boks slipped to seventh in the World Rugby rankings following their recent defeat to Wales in the USA. The fixture in far-flung Washington DC bagged SA Rugby a reported R9-million, but put the team on the back foot with regards to the more important series against England.

On Monday, Erasmus joked that he couldn’t remember what day it was – a reference to jet lag. Now, consider the players who have been forced to travel to the USA and back in the space of a few days. As many as nine of the players who faced Wales in Washington could feature at Ellis Park this Saturday.

The Boks could have used two veterans of the quality of Bismarck du Plessis and Frans Steyn, particularly at hooker and centre, in a physical and tactical clash against England. However, it’s been confirmed that the pair will play no part in the three-game series. The Boks’ chances of winning the series this June have been compromised as a result.

Aside from Du Plessis and Steyn, Erasmus could not have picked a better side for this first Test against England. Given the injuries – with Warren Whiteley, Eben Etzebeth and Malcolm Marx the biggest omissions in that respect – this is as good as it gets.

Is this side good enough to beat England on Saturday, though?

Erasmus is the right man to take the Boks forward. The side boasts a transformed look and will be led – for the first time in Test history – by a black African in Siya Kolisi. Clearly, there is more than one reason for South African rugby to celebrate.

That said, while there is plenty of talent in the match-day squad, there are no established combinations. Three players in Aphiwe Dyantyi, S’bu Nkosi and RG Snyman, will make their Test debuts, and Lukhanyo Am his first start.

England have suffered their own injury setbacks, with lock Joe Launchbury the latest casualty. However, Elliot Daly, Owen Farrell, George Ford, Ben Youngs, Billy and Mako Vunipola, Chris Robshaw, Maro Itoje, Kyle Sinckler and Jamie George will all start this weekend. When one considers the experience of those players, and that many of them troubled the All Blacks while representing the British & Irish Lions last year, one begins to understand what the Boks will be up against.

For the Boks to win this Saturday, they will need to take the fight to England from the outset. If Wilco Louw can stand up to Vunipola at the scrum, and if Franco Mostert and Snyman can trouble the England lineout, the hosts may well limit England’s attack and kicking game. The back row of Kolisi, Jean-Luc du Preez and Duane Vermeulen has the potential to hurt England and get the Boks over the gainline.

If England do manage to boss the set pieces and obtain some go-forward thereafter, then it could be a long evening for Dyantyi and Nkosi at the back.

Youngs, Ford and Farrell will launch the ball into the highveld sky, and the likes of Jonny May and Mike Brown will work to win it back in the air and then run at a fractured defence.

One should not underestimate the Ellis Park magic, though. If the game is in the balance at half-time, the Boks – with a partisan crowd behind them – may feel that a win is within their grasp.

All Blacks vs France preview

Preview: All Blacks vs France (1st Test)
Bet on Boks to beat England