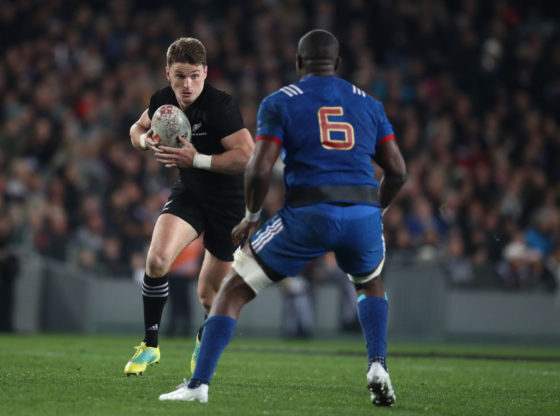 The All Blacks will race clear of France in Wellington on Saturday and take an unassailable lead in the three-Test series, writes JON CARDINELLI.

The All Blacks weren’t at their best last weekend. France challenged them at the set pieces and collisions, and forced them to compete outside of their comfort zone.

The complexion of the game in Auckland changed after lock Paul Gabrillagues was yellow-carded – somewhat harshly – in the second half. Thereafter, the All Blacks escaped sanction despite a reckless challenge of their own.

That said, there was only one team in the contest for much of the second half, and the final score – 52-11 – tells a story. The All Blacks scored 44 points in the second stanza.

France need to produce another powerful and accurate forward performance this Saturday. They may be encouraged by what they saw in the early stages of that first Test. Their defence dominated the famed All Blacks attack in that period.

It’s hoped that the changes – five in all – will lift the tourists and allow them to live with the All Blacks for 80 minutes in Wellington. Kelian Galletier and Mathieiu Babillot (flanks), Gael Fickou (wing) and Ben Fall (fullback) will all be under pressure to fire. Flank Bernard le Roux will start at lock.

The All Blacks will have learned a thing or two after that opening game, and should be looking to make adjustments of their own. They’ve made no personnel changes this week, though, as coach Steve Hansen feels the same combination needs more time to gel.