Bet on Lions to be crowned champions

Home /Match Preview/Bet on Lions to be crowned champions 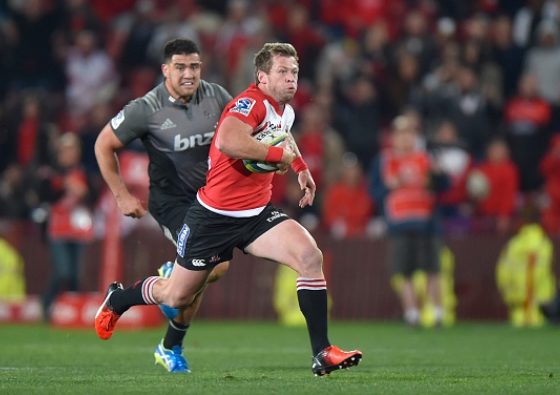 THE MONEY MAN is putting R2,500 on the Lions to beat the Crusaders in Saturday’s Super Rugby final at Ellis Park. Here are five reasons why …

1. Johan Ackermann has been a revelation as coach of the Lions. He has moulded no-name brand players into a team of stars that play for each other and believe in what they are doing. His 41 wins in four seasons are close to what the previous 10 coaches of the Lions accomplished together (52). Ackermann has only lost 20 games, whereas his predecessors lost close to 200. In Super Rugby, his win ratio is 67% compared to 26% for all previous coaches combined. He should have had an offer from SA Rugby, rather than an overseas club, but that’s a conversation for another day.

2. A capacity crowd of 61,500 will create an imposing 16th man in this match, as the atmosphere will give them even more motivation (not that they need it). Ellis Park is a tough place to play on the best of days, and with not much to separate these sides on paper, home-ground advantage is certainly worth five points to the Lions.

3. Much has been made of the Crusaders’ physicality and defence, which has only conceded 316 points thus far, but for me, the Lions are as physical, if not more. The Lions have only conceded 318 points so far in this competition, and if the Crusaders try to match the Lions in the physical stakes it will play into Ackermann’s game plan. Hopefully, the Crusaders will do the same as they did last week against the Chiefs and commit fewer men to the breakdown. If this transpires, it will only benefit the Lions.

4. The distance between Christchurch and Johannesburg is 11,650km. Anyone who has done this trip (I have five times) will tell you how much it disrupts your well-being. Twenty hours flying is not what any coach in the world would wish as part of their preparation for a big final. It is one of the things that makes winning this tournament away from home a near impossibility.

5. Johannesburg is 1,753m above sea level, and if the Crusaders did not have enough to overcome, add that for good measure. I watched the Lions vs Hurricanes game again on Wednesday night, and what was obvious to me was that the Hurricanes players’ lungs were burning after 50 minutes. The field was littered with players hunched over and sucking oxygen that was not forthcoming. They were going back in tackles, and the Lions were slipping tackles and getting over the advantage line frequently.

Folks, the bookies have priced this wrong, and to me the Lions should 7/10 not 1/1. Win, lose or draw, I salute both teams for a great season, and if the Crusaders win it will be miraculous and fully deserved, but I am putting R2,500 on the Lions to win.

Bet on Hurricanes to beat Lions
Liverpool to end the rot!