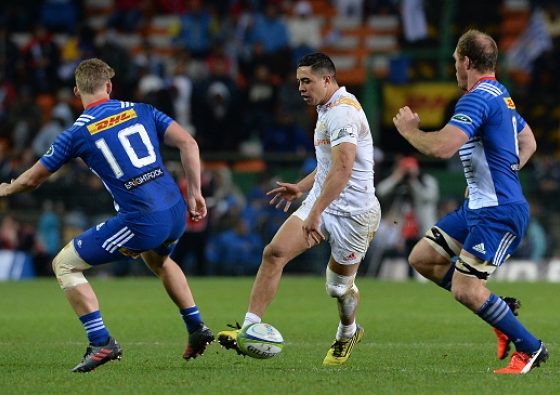 THE MONEY MAN is backing the Chiefs to end the Stormers’ unbeaten start to the season with a 10-point victory at Newlands on Saturday.

The Canes’ team selection will raise some eyebrows as it seems they’ve targeted the Waratahs as an easy win. They will argue team rotation, but there can be no doubt that this is a second-string lineup. With that in mind, the Waratahs with an 18.5 handicap headstart are an attractive proposition and I’ll be placing a R500 bet on them to not lose by 19 or more points. It pays R450 and my stake back.

I don’t expect the Bulls to be big in Japan. They’ve already played the Sunwolves once, winning by 13 at Loftus. The bookies have, for some reason, inserted the Bulls as 15.5 favourites, but I’m not exactly sure what they’ve done to garner this type of favouritism. They’ve conceded an average of 31.6 points per game. While I see them winning, I don’t think it’ll be be by 16 or more. With a R1,000 bet-placing, I’m picking the Sunwolves to not lose by 16 or more points. The bet pays out R900 and the stake.

The Highlanders have one win and three defeats against New Zealand opposition, but fortunately for them that victory came against the Blues. The Auckland-based franchise, as predicted, show plenty of ability, but are prone to mistakes and for that reason I fancy the Highlanders to win at home. I will be putting down R1,000 to win R9,000 on the Highlanders to beat the Blues by six or more points.

There is no handicap betting as of Thursday afternoon, but the Brumbies should be favourites to win by eight or more. The Reds have lost five games in a row and shouldn’t trouble the Brumbies, who I expect to win by 10 or more.

Like the two encounters between these sides last year, which both went the way of the Sharks by less than five, I expect this game to be a close contest. The Jaguares are a much improved side this year, and what I like most about them is that they keep the scoreboard ticking over with sensible, pragmatic rugby. For R500, I’m taking the Jaguares to not lose by seven or more. It pays R450 plus my stake back.

There is currently no betting available for this contest, although I do fancy the Chiefs to inflict defeat on the Stormers. Let’s be honest about the Stormers’ schedule and look at it for what it is: the easiest fixture list any team has had so far this season. The Bulls, Kings, Sunwolves and Cheetahs boast a combined 4/17 win-loss ratio. That simply means the Stormers have beaten teams with a combined winning percentage of 23%. The only tough game they had was against the Jaguares, which some would argue they were lucky to win. The Stormers will come crashing down to earth this weekend. I will be offering live in-running betting tips on my Facebook page, but if I can get a single handicap on the Chiefs, I’ll be jumping in big time.

I won’t be betting on this game. In fact, I will not even bother getting up early to watch this game.