Bank on Jaguares to beat Cheetahs 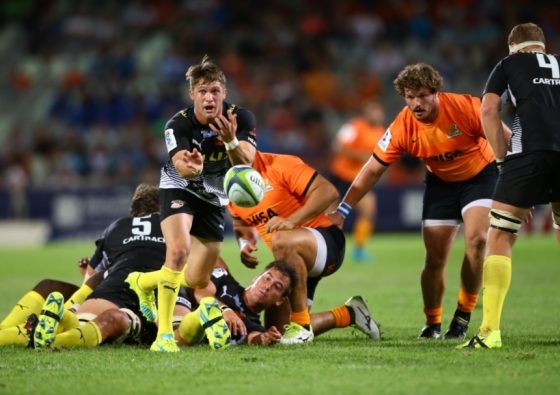 THE MONEY MAN is putting R2,000 on the Jaguares to beat the Cheetahs by five or more points in Buenos Aires on Saturday.

The past few weeks have given us some idea of team abilities and form.

Crusaders vs Blues
I applaud the Blues’ willingness to attack. They will be a competitive team throughout the year. The Crusaders are well-structured and playing well as a team. I have no idea who is going to win this match, so I won’t be betting on it. But for Superbru, I’m picking the Blues to edge the Crusaders by one.

Rebels vs Chiefs
The bookies have favoured the Chiefs to beat the Rebels by 19 points, and the reason I make money is because I don’t take these sucker bets. It’s hard for a team to raise their game against a franchise who shouldn’t even be in the competition. The Chiefs will win by 20, but then again I expected the Cheetahs to beat the Sunwolves by 20 last week.

Bulls vs Sunwolves
The Bulls will welcome the Sun-lambs to the slaughter and this one will get ugly. On the Highveld, the Bulls will tear this team to pieces. The Bulls are favoured to win by 33 points and I expect them to win by more. With an overseas trip next week, I expect the full complement of substitutes to be used and that makes a 33-point margin an unattractive betting proposition. I am not betting on this clash.

Hurricanes vs Highlanders
It’s amazing, or in this case unspectacular, what a new coach can do for a team. The Highlanders have looked anything but world-beaters this year and clearly have had a hard time adapting to new coach Tony Brown. The only comfort they can draw, is that he is not Allister Coetzee. Reigning champions Hurricanes started the year with the two easiest games – against the Sunwolves and Rebels – which saw them score 154 points and concede only 12. Their first real test came last week against the Chiefs and they were found wanting. The bookies have the Hurricanes to beat the Highlanders by nine and although I think they will win, I don’t believe it’ll be by that big a margin. I’m placing a R550 bet on the Highlanders not to lose by nine or more. It pays back R400 plus my stake.

Waratahs vs Brumbies
The Waratahs are travelling home after looking ordinary on their South African tour and both teams beat the Force to secure their only wins of the season. This game will be emotionally charged as it will be a celebration of Dan Vickerman’s life and I fully expect it to be a bruising Australian encounter. What I find interesting, is that the Waratahs are favoured when it should simply not be the case. This game should be even money for both sides. At 15/10, the Brumbies are a definite value bet and I’m all about the numbers. It would be a sin in betting etiquette for me not to take advantage of the bookies’ obvious mistake. I will put down R250 on the Brumbies to win outright and when it comes in, it will pay out R375 and my stake.

Lions vs Reds
Many will question Johan Ackermann’s decision to field a young and inexperienced lineup against the Jaguares in Argentina, but I for one applaud him. He is a good coach, who knows what he is doing and in all probability knew they were going to lose that game. But a season is not lost or won on one game. He has a well-rested team to secure maximum log points against the Reds, who to their credit look much improved this year. The bookies have backed the Lions to win by 11, so what do we make of the Reds then? Their win over the Sharks is proof of decent form, based on what the Sharks have done since. The Reds also ran the Crusaders close last weekend, losing by two. That is why Ackermann focused on this game. The Lions won’t underestimate the Reds, but I reckon they’ll win well. With a R500 bet-placing, I’m backing the Lions to win by 11 or more, it will return R400 plus my stake back.

Sharks vs Kings
There’s no doubt the Sharks will win, and the bookies favour them by 30. Robert du Preez is steering this Sharks team in the right direction, but let’s not get carried away, they did lose to the Reds after all. Du Preez knows they can win with a second-string side, hence him selecting this starting XV. I actually think they will not win by 30, but 20. I’m not betting my money on it, though.

Jaguares vs Cheetahs
My green-light special. The Cheetahs are limping into Buenos Aires after barely scraping a victory over the mighty Sunwolves. So in reality, you have a mixed-bag Cheetahs team about to face Los Pumas masquerading as the Jaguares. This is definitely my banker for the week. I’m placing a R2,000 bet on the Jaguares to beat the Cheetahs by five or more. It will pay back R1,000 plus my stake.