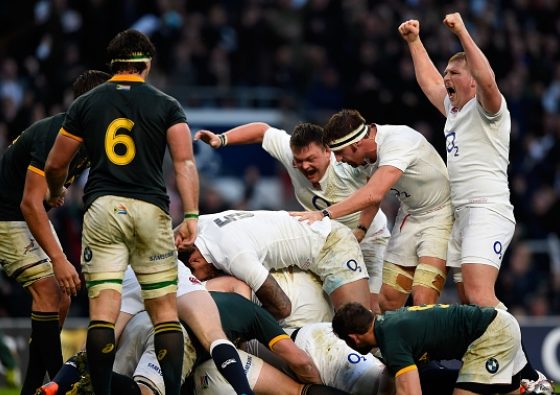 THE MONEY MAN is putting R2,000 on England to defeat the Boks by 10 or more at Twickenham in London on Saturday.

Allister Coetzee is hell-bent on establishing many more records and this week he’ll be in the history books again as the first Bok coach to lose to England in 10 years.

Eddie Jones managed to beat a reasonably well-coached Bok team with a below-average Japanese side at the World Cup, how anyone can expect Coetzee and a support team – so out of their depth it beggars believes – to pull off a win this weekend is beyond me.

I said it from day one, Coetzee is the wrong man for the Bok job and he has done nothing to change my view. The only thing that may halt England’s onslaught, is the predicted rain. It’s depressing watching the Boks and I expect England to beat this team, who will be playing to keep the score respectable.

Forget a backlash, or a Boklash as many call it, from the wounded Boks. The Bok is not wounded, it’s dead and no one fears a dead Bok.

Jones will ensure Coetzee’s name goes into the record books for the wrong reasons again. I back England to win by a double-digit margin. If I have to place a bet, I’d put down R2,000 on England to beat South Africa by 10 or more points.

And if your bookie allows a bet on no Bok tries, I’d fancy that bet too. My prediction is England will break their 10-year drought against Springboks with a win of 35-9.